More Than Ready mare Uni (GB) is back on deck for a Breeders’ Cup campaign and she returned with a trademark last-to-first rally in the Perfect Sting Stakes LR on Saturday.

Uni’s late seasonal return follows an unbeaten four-race prep last year that climaxed with a whirlwind finish to the Matriarch Stakes Gr.1 in December.  She came from 20 lengths off the pace and returned a career-best Beyer Speed Figure.

Starting a long-odds on favourite first-up over 1600m at Belmont Park, Uni (pictured) was urged into action by Joel Rosario on the home-turn and surged clear of Mrs. Ramona G (Kantharos) and Bellavais (Tapit) to stop the clock at 1.32.84s.

“She went easy most of the way and then towards home she took me for a ride,” Rosario said.  “She really looked the best on paper and showed it.  She’s just a runner.  She’s able to make a big move and got the job done.”

Uni (5m More Than Ready – Unaided by Dansili) was bred by Haras D’Etreham and won the 2017 Prix Matchem LR at Maisons-Laffitte before a Stateside transfer to trainer Chad Brown.  “She’s pretty versatile and knows how to win,” managing part-owner Michael Dubb said.  “Last year, she gave us a limited but successful campaign and we’re looking for her to come rolling.”

Dubb and Brown have not made any definitive plans post her next start in the Ballston Spa Stakes Gr.2 at Saratoga on August 24.  “I’m not sure what options we have in the Breeders’ Cup,” Dubb continued.  “It will probably be the Filly and Mare Turf or we may go for a second Matriarch.”

More Than Ready (USA) will shuttle to Vinery Stud for a 19th consecutive southern book this year.  “He is an amazing stallion and always handles the process with ease,” Vinery general manager Peter Orton said.  “And I’ve found keeping stallions active maintains their health and longevity.” 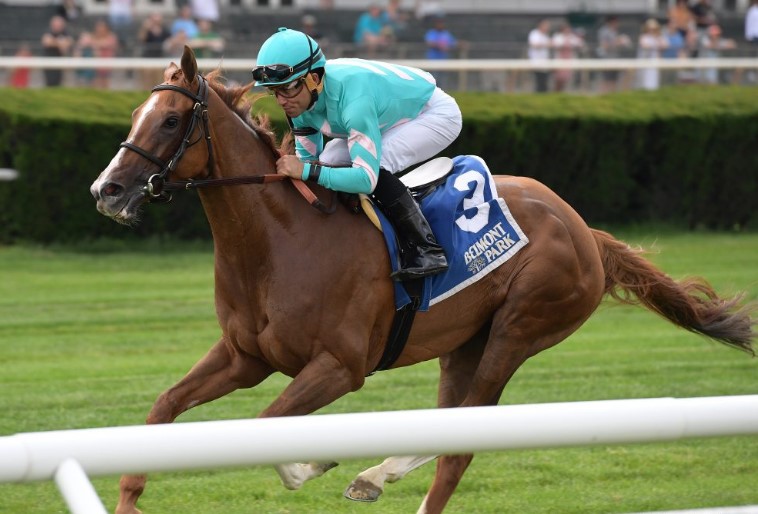