Ciaron Maher’s buying blitz at the Magic Millions continued on Friday when his shopping list included two yearlings offered by Vinery (as agent) for upwards of $1million.

Maher was back in the spotlight at the Magic Millions Carnival on Saturday winning the $1million MM Fillies & Mares (1300m) with Snapdancer (Choisir) before clinching the coveted $2million MM 2YO Classic (RL, 1200m) with unbeaten filly Coolangatta (Written Tycoon).

“That’s a big relief especially as she was such a short-priced favourite,” Maher said as James McDonald brought Coolangatta back to scale.  “I had seen her running around in a paddock as a yearling and thought there was a bit of sass about her.  She was giving the others plenty of curry and just looked like an athlete.

“Dave (Eustace) and Will (Bourne) also identified her here last year and fortunately we were able to get her for $280,000.”

The trio targeted Vinery’s Trapeze Artist colt on Friday and paid double what he was worth at the Magic Millions National Weanling Sale in May 2021.  That didn’t surprise Widden Stud’s Antony Thompson who reared the colt and then saw him pin-hooked for $330,000 by Justin Bahen and Bill Pearce.

“He was a very nice foal and was very much admired at the Magic Millions National Sale here last year,” Thompson recalled.  “He’s really gone the right way and has presented beautifully as a yearling.  It’s lovely to see him sell that well to a leading trainer.”

The Snitzel – Bislieri filly is a half-sister to 7 winners including Group 1 Australian Oaks winner Sofia Rosa (Makfi).  It’s also the family of Danehill Group 2 winner Bel Danoro (VRC Bobbie Lewis Quality) who stood at Vinery and Baramul Stud between 2007 and 2012.

Chris Waller bought the fourth Zoustar yearling offered by Vinery (as agent) on the Gold Coast this week with a $400,000 bid for the filly from Belong To Many (Lot 796).  The dam was a four-time Stakes winner to Group 2 level in the Sapphire Stakes at Randwick.

At the end of trade on Day 4, Vinery could report an incredible 100% clearance-rate for 24 yearlings that have found new homes at a $302,083 average.  Vinery is also Top 10 on the turnover leader-board with sales of $7.25million. 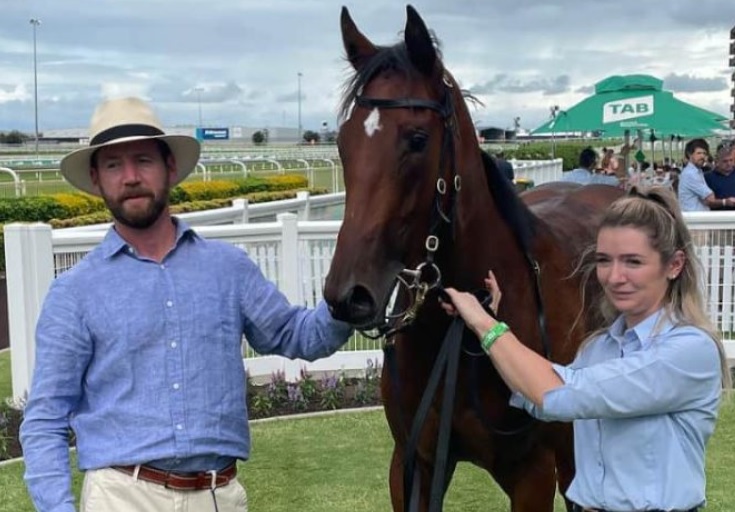