Trainers Rob & Luke Price could be forgiven for being a bit preoccupied at the Magic Millions Yearling Sale this week.

And all the while, the Kembla Grange-based father-son team have been keeping a lid on expectations with their Headwater filly Jamaea who is a firming $5 favourite for the $2million Magic Million 3YO Guineas (RL, 1400m) on Saturday.

“I’ve taken her down to the river this week and she’s bucking her brands off,” Rob Price said at the Gold Coast sale-grounds on Thursday.  “She’s drawn nicely and Tommy (Berry) couldn’t be any happier.”

Jamaea has won twice at Group 2 level at Randwick and will make the most of a class-edge at set-weights.  “We elected not to go to Doomben the other day when there was a lot of rain and it was probably the right decision,” Luke Price added.  “Her trial here last week was really sharp and she came through it well.

“Tommy will ride her like she’s the highest-rated filly in the race.”

Hardest to beat could well be Baramul Stud’s Star Turn filly Me Me Lagarde.  She is another Vinery-sired filly but will have her work cut out from way out in barrier 23.

Me Me Lagarde is a homebred for Magic Millions boss Gerry Harvey and looked a picture posing with Emma Freedman at the Gold Coast on Thursday.  She is being kept safe at $12 with Robbie Fradd aboard from the horror draw.

“I haven’t won a Magic Millions major race in my own colours and would like that to change come Saturday,” Harvey said.  “I put her up for sale as a yearling but couldn’t sell her with a reserve of $75,000.  No one was interested but every time I looked at her, I kept thinking she was a nice horse.”

Me Me Lagarde is trained by Toby & Trent Edmonds and is coming off a fast-closing victory on a leader-biased track in the Gold Edition Plate (LR, 1200m) at Eagle Farm last month.  “You would go a long way to see another win like that,” Toby Edmonds claimed.  “She is a very laid-back filly so blinkers have made all the difference.”

Miss Hipstar is a strong second-string chance for Star Turn in the Guineas.  She earned more black-type when placed in the Vo Rogue Plate (Gr.3, 1350m) last time out and Larry Cassidy is adamant she will appreciate stepping up to 1400m for this first time this prep.

All Too Hard gelding Far Too Easy was runner-up to Me Me Lagarde in the Gold Edition and he is another Vinery-sired 3yo given a tough task from barrier 15.  “He gets back in his races and I will leave it all up to Craig (Williams),” trainer David McColm reasoned.  “There’s a case for ten horses in the race and Me Me Lagarde beat us convincingly last time so she’s an obvious danger.”

Far Too Easy was a $45,000 buy from Baramul at the 2020 Gold Coast Magic Millions.  “I’m not sure why he went so cheaply,” McColm recalled.  “He was a bit on the small side but was still very athletic.”

Headwater can make it a running double in the last race on Saturday when Wisdom of Water goes out a $7 second-favourite for the $1million Magic Millions Hcp (1300m).  He claimed the Ken Russell Classic (Gr.3, 1100m) on the Gold Coast last year and returned to winning form on Magic Millions Day at Wyong last month. 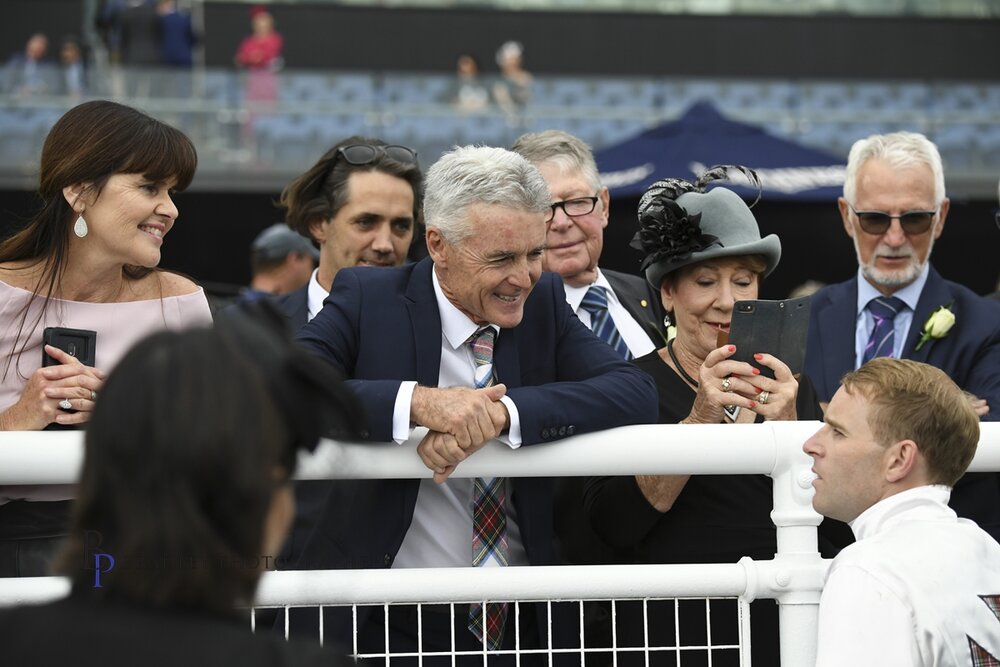