Brave Prince (3c Show A Heart – Card Queen by Final Card) shouldered 60kg to a first-up victory in the Virage IT Hcp (1200m) at Cranbourne.  Resuming after a 28 week spell, he camped on the leaders and wasn’t pushed out to score by a half-length on an unfamiliar Heavy 8 surface.

The Scenic Lodge graduate is now trained by Peter Moody after being transferred east by leading owner Bob Peters.  He shaped nicely in a jump-out at Caulfield on May 21 and Moody decided to go straight into a race without a barrier trial.

Brave Prince is a younger half-brother to speed-machine Karuta Queen and Belmont Bloodstock’s Damon Gabbedy bought him on behalf of Peters for $230,000 at the 2011 Perth Magic Millions.  “He’s a flashy type and has a lot going for him,” Gabbedy said immediately after the sale.  “He’s a loose, great walking horse with plenty of length and looks a natural runner.”

Living right up to that rating, he scored an eye-catching win on debut at Northam in June 2012 before losing his way in three subsequent starts at the Ascot summer carnival.  The colt was a handful and cutting him was an option, however, Peters believes he could be a stallion prospect with some black-type on the scoreboard.

That’s where Moody entered the equation.  “Brave Prince is still a work in progress,” racing manager Jeff O’Connor said this week.  “When he first came over, Bob warned Peter he could be very aggressive.  It was a real good performance at Cranbourne and the boss liked the way he sat back and settled before putting them away.

“He’s got the ability alright and we will keep him at 1200 metres for now.  Peter will decide whether we go straight to town or have one more start at the provincials.”

Scenic Lodge’s David and Jeremy Smith are keeping a close eye on Brave Prince’s progress in Melbourne.  They retained his 2yo half-sister Black Queen and she was a good thing beaten on debut at Ascot in March.  The Blackfriars filly just missed black-type when fourth in the LR Gimcrack Stakes and was spelled after a wide trip in the G3 WA Sires’ Produce Stakes.

Scenic Lodge sold Card Queen’s yearling colt by Blackfriars to agent John Chalmers for $110,000 at the 2013 Perth Magic Millions.  The mare delivered a Blackfriars filly last August and is back in foal to the Sunspeed champion. 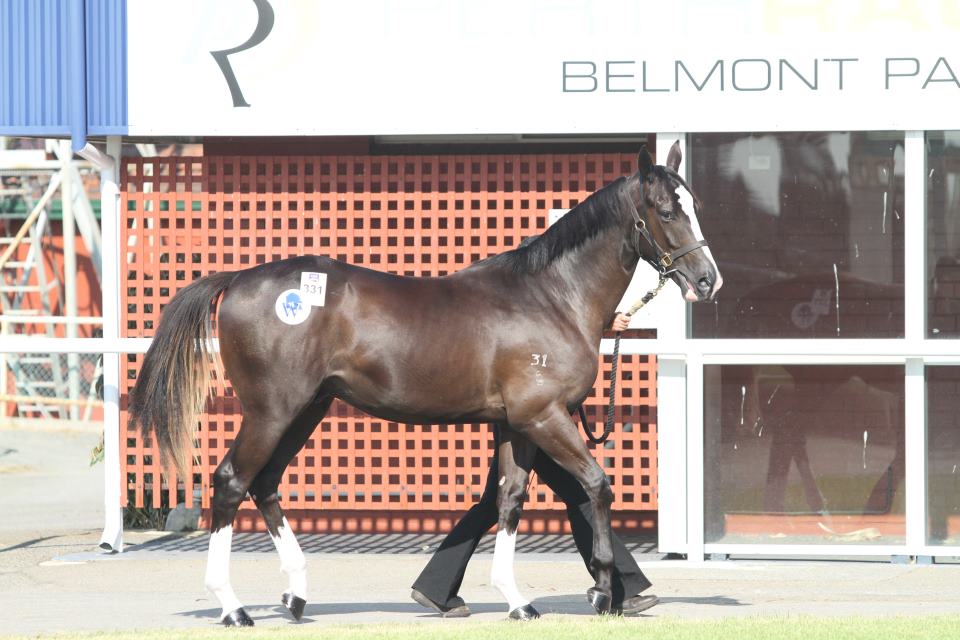