Vinery partner Greg Perry punches well above his weight in Group 1 company so it was appropriate his mare Marabi should punish her rivals at weight-for-age in the Australia Stakes (Gr.2, 1200m) at Moonee Valley on Saturday.

Marabi is unbeaten after six starts and still untapped.  Bookmakers believe she’s well short of her high-water mark and have acted accordingly by making the Ciaron Maher – David Eustace trained flyer a $2.50 favourite for the Group 1 Oakleigh Plate (1100m) at Caulfield on February 26.

With jockey Ben Allen enjoying an armchair ride, Perry’s homebred shot to the front and then went further ahead with a dazzling turn of acceleration to win eased down from imported gallopers Sinawann (Ire) and Turaath (GB).  “You don’t think that they’re going to win races of this calibre by that far,” Eustace admitted.  “She’s beaten a decent field even though a lot of those horses were kicking off their campaigns.  But she couldn’t have been any more impressive.”

Marabi is a daughter of Champion sire I Am Invincible and is one of five winners bred by Perry out of Group 2 winner Nakaaya (Tiger Hill).  There’s a Group 1 among them already – 2018 VRC Oaks (2500m) winner Aristia (Lonhro).

Perry breeds under the Greenwich Stud banner and apart from Aristia, his other Group 1 winners include Atlantic Jewel, Commanding Jewel, Johnny Get Angry, Delectation and Artorius who is on the second-line of markets at $11 for the Group 1 Newmarket Hcp (1200m) at Flemington on March 12.

Home Affairs is the $4.20 pre-post favourite for the Newmarket while Marabi is on the third-line at $12 for the straight-six feature after gaining a ballot exemption for her win at the Valley.

Perry has eight yearlings catalogued through the Vinery draft to the Inglis Classic Sale commencing this Sunday.  His colts are by Pierro (178), Pride of Dubai (477) and there’s a Headwater (508) full-brother to last-start Oakbank winner Lamoree. 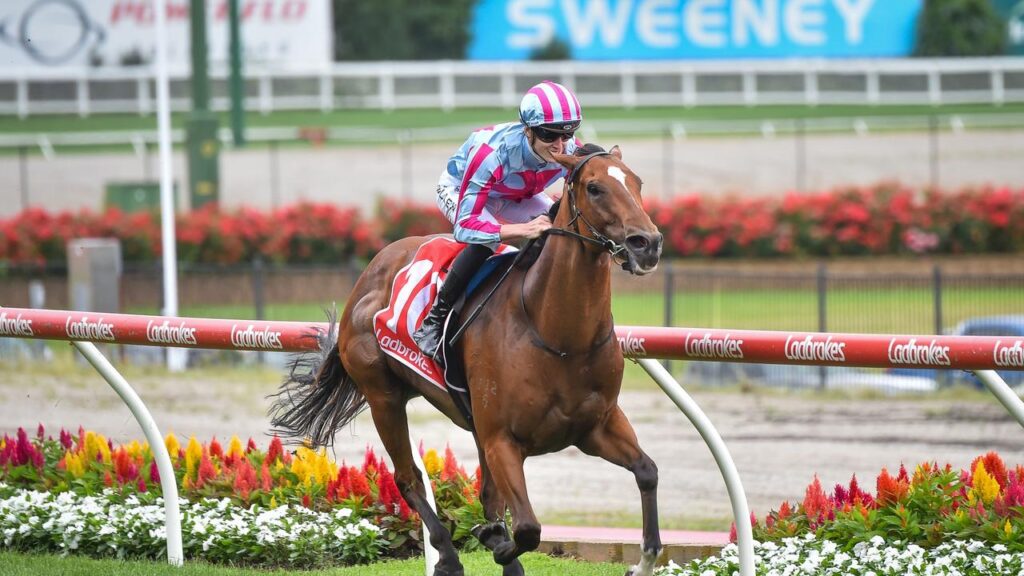