Lightly-raced Master Of Design sprinter Masterati continued a week to remember for champion jockey Kerrin McEvoy at Newcastle on Tuesday.

McEvoy booted home 5 winners at Randwick on Saturday and was inducted into South Australia’s Hall of Fame on Sunday.

He rated Masterati perfectly in front from an outside gate in the Yarraman Park Hcp (1250m).  The pair were never headed, going on to win by over a length from the favourite Tutu.

Proven Thoroughbreds bought him for $85,000 from Glenelg Park at the Inglis Melbourne Premier Sale.  His dam Lady of Dormello (General Nediym) was a Murray Bridge winner for Tom Dabernig and she is a half-sister to Flemington stakes performer Zebrinz.

Trainer Joe Pride has always had a healthy opinion of Masterati, however, back soreness confined him to just one start last season.  After placings at Wyong & Kembla Grange in August, he was ready to peak at Newcastle.

Meanwhile, NZ trainer Steven Cole may have to revamp the spring program of Creative Genius after his withdrawal at Ruakaka last Saturday.  The son of Master Of Design hit the front of the starting gate and damaged a tooth, having to be scratched on vet’s advice.

Creative Genius had won the Tanalised Mile at Ruakaka in July and warmed up for Saturday’s intended start with a nice trial at Avondale on August 11.  Cole is setting him for a Benchmark Mile on the last day of the Hawkes Bay carnival on October 7. 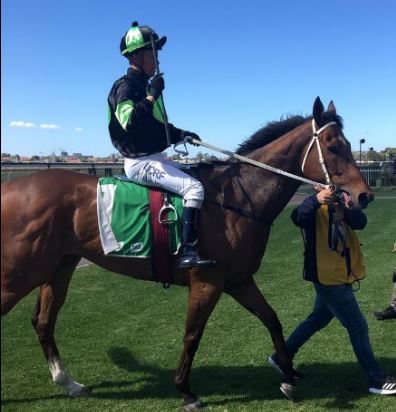