Ryan Maloney has rated Superhard a horse with a future ever since riding him on a day off earlier this year.

Now everyone is on board following a Pakenham win on debut and an exceptional victory in the Sheamus Mills Bloodstock Hcp (1000m) at Sandown on Wednesday.

Superhard is trained by Robert Smerdon and is the latest 3yo winner by Vinery sire All Too Hard.

He stormed home to claim that all-weather maiden after giving the leaders a dozen lengths last month.  Then he looked every inch the professional collaring smart colt Written Choice on a Good 4 around the Hillside.

“It was just by chance I got on him,” Maloney recalled after unsaddling the colt a winner for the second time in two starts.  “It was a Friday and I was supposed to work in my wife’s shop.  But I decided to come down to the track instead and jumped on this bloke.”

“He had some bad habits that Ryan worked on from Day 1,” Smerdon said at Sandown.  “He used to just fall out of the barriers but jumped with them today.  He relaxed and ran through the bridle behind the speed before delivering in a field with a bit of depth.

“We will take him step-by-step.  I think he will develop into a Group-level sprinter and Ryan reckons in another prep he will be the real deal.”

All Too Hard leads the Australian second-season table with earnings over $178,000.  His other runners on Wednesday – Cuba and Villermont – were both placed in town despite hard-luck in running.

Cuba was caught in traffic before spotting a gap and sprinting home for a length second at Warwick Farm.  Villermont flew home to finish third at Sandown in what course commentator Matt Hill called an “eye-catching” performance.

All Too Hard is mobilizing a terrific first-crop team for the classics in Sydney and Melbourne.  Golden Rose-Gr.1 candidate The Mighty Fed was among a trio of trial winners by the Vinery sire at Rosehill on Monday and his Victoria Derby-Gr.1 aspirant Aberro will step up his second campaign at Moonee Valley this Saturday.

Aberro won first-up at Sandown on August 16 after showing promise in the autumn. “He bumped into Merchant Navy in a Pakenham maiden and then should have just about beaten Eshtiraak in the Mornington Sires,” trainer Matt Laurie claimed.  “The Victoria Derby is certainly in the picture but we will cross that bridge when we come to it because I want to make sure we’ve got a horse for next season and the season after.”

That plan of attack suits the majority by All Too Hard and the patient approach will pay off big time for their owners as it will for breeders who book in for a $44,000 (inc gst) service fee this season. 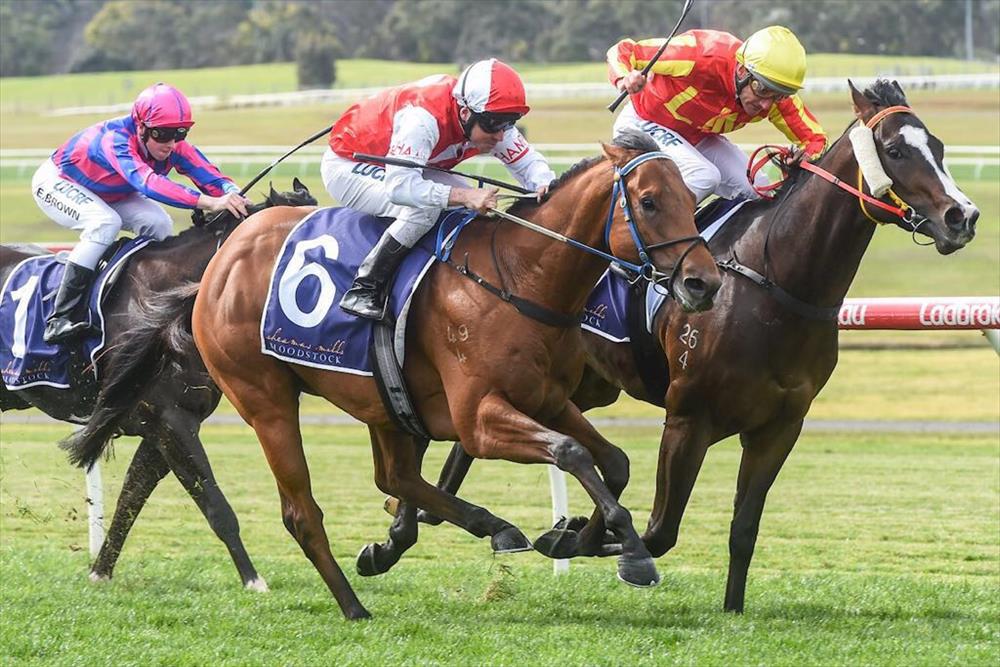