The Ballarat-based father and son team will send Pegasi to Sydney for the Inglis Millennium (RL, 1100m) at Randwick this Saturday.  They had the option of staying at home for the Blue Diamond Prelude (Gr.3, 1100m) at Caulfield but seven-figures was an obvious point of difference.

That decision could also have a positive impact on the 15 yearlings by Vinery sire Star Turn at the Inglis Classic Sale commencing on Sunday.

“We’re floating him up tomorrow night,” Calvin McEvoy said on Wednesday.  “We’ve been working him the reverse way and he had a sharp gallop with Johnny Allen this morning.  He’s thrived since we moved from Flemington to Ballarat last month.  The change of routine has helped him grow up and we’ve noticed he’s a lot more professional now.”

Pegasi (2c Star Turn – Draw Forward by Charge Forward) scored a front-running victory in the Bet365 2YO Plate (1100m) at Geelong three weeks ago and he should prominent from barrier 9 this Saturday.  “He’s quick from the gates but we will leave it up to Rachel (King) whether to cross them or slot in if they go helter-skelter,” McEvoy explained.  “Although Profiteer is the obvious one to beat, I think our horse is worth a ticket at $30.”

The McEvoys are taking it one race at a time with Pegasi, however, all going well he will return south for the $1.50 million Blue Diamond Stakes (Gr.1, 1200m) at Caulfield on February 20.

Pegasi was an $80,000 buy from Sledmere Stud at the 2020 Inglis Classic Sale.  “He looked a powerhouse parading and we had his older half-brother Meteorite who hadn’t raced at that stage,” McEvoy recalled.  ‘We knew he could gallop and then he came out and won at Moonee Valley in October.”

Vinery has 7 of the 15 Star Turn yearlings catalogued for the Classic Sale starting with the Day 1 filly from Night War (Lot 189).  “She’s a sharp, early type and that’s not surprising given her pedigree,” Vinery bloodstock manager Adam White said.  “She is from the Group 2 winning juvenile Night War who has produced four winners to date and all four have won as two year-olds.”

The Day 2 Star Turns include the colt from Sanaya (Lot 286).  “He’s a big, strong colt and his full-sister Headliner ran second at her first start for Star Thoroughbreds at Randwick last week.  She looks to have a very bright future.”

The filly out of Arctic Success (Lot 460) is another precocious individual.  “She will go early,” White predicted.  “Her mother is a half-sister to Golden Slipper winner Polar Success so there is plenty to back up her looks.”

The Highway session on Tuesday could provide a bargain when the filly from Once More A Lady parades at Lot 683.  The dam descends from Blue Diamond Stakes-winning blue-hen Lady Jakeo and her first foal is a very athletic filly who also looks a 2yo type.

Star Turn is already proving he can sire early runners like flying filly Miss Hipstar and Team Hawkes colt Montana Flash who put the writing on the wall with a quick-closing fourth in the Canonbury Stakes Gr.3 at Rosehill last weekend.

Vinery’s consignment for the Inglis Classic Yearling Sale can be inspected in Barn I at Riverside Stables. 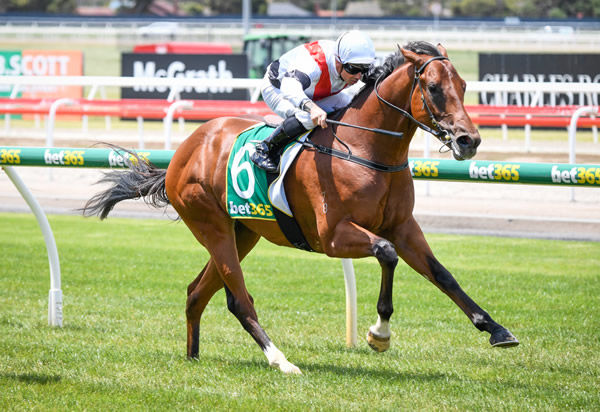