Behemoth has come through his first-up win as easily as he dealt with the Durbridge Stakes (LR, 1100m) at Morphettville on Saturday.

“Everything worked out perfectly,” trainer David Jolly reported on Tuesday.  “It was an easy hit-out for a Stakes race and he was nice and bright this morning.

“He jumped into the one-one and Todd (Pannell) said it was set up nicely when Superhard stepped on the gas.  It was a good watch and now we can concentrate on Melbourne.”

Behemoth has taken over as the leading earner for All Too Hard and there’s more where that came from in the Futurity Stakes (Gr.1, 1400m) at Caulfield on February 20 and the $5 million All-Star Mile (1600m) at Moonee Valley on March 13.

Caulfield is like a home away from home after his Group 1 double there in the spring and Jolly doesn’t foresee any problems at Moonee Valley.  “He’s agile and quick on his feet unlike some of those awkward big horses.  We took him to the Valley when he was still a new 3yo and he put lengths on them.

“We’re happy with the way everything is coming together.  It’s three weeks to the Futurity and then a similar break into the All-Star Mile.”

Pannell piloted four winners on the Durbridge card and riding such an exceptional horse was the highlight.  “He’s the complete racehorse now.  He’s really grown and matured.  And he ran time today (63.91s).”

Behemoth is assured of a start in the All-Star Mile.  The Grand Syndicate-owned gelding is second in the public vote behind Perth mare Arcadia Queen who missed a vital Belmont trial on Monday following this week’s lockdown in WA.

Jolly also has a bit of time for his only other All Too Hard.  His 3yo colt Hard Ransom did well to finish fifth for a Grand Syndicate at Murray Bridge on Australia Day.  “It was his first start and he had to work in the lead.  He had also pulled a shoe last week so we had to nurse him into the race.  That told late.”

All Too Hard has four yearlings entered for Day 1 of the Classic Sale this Sunday including the Fairview Park fillies from Magita (Lot 128) and Fearless Babe (Lot 605).  Fairview sold Press Statement’s Sydney winner Spokesman to Chris Waller at the 2019 Classic Sale. 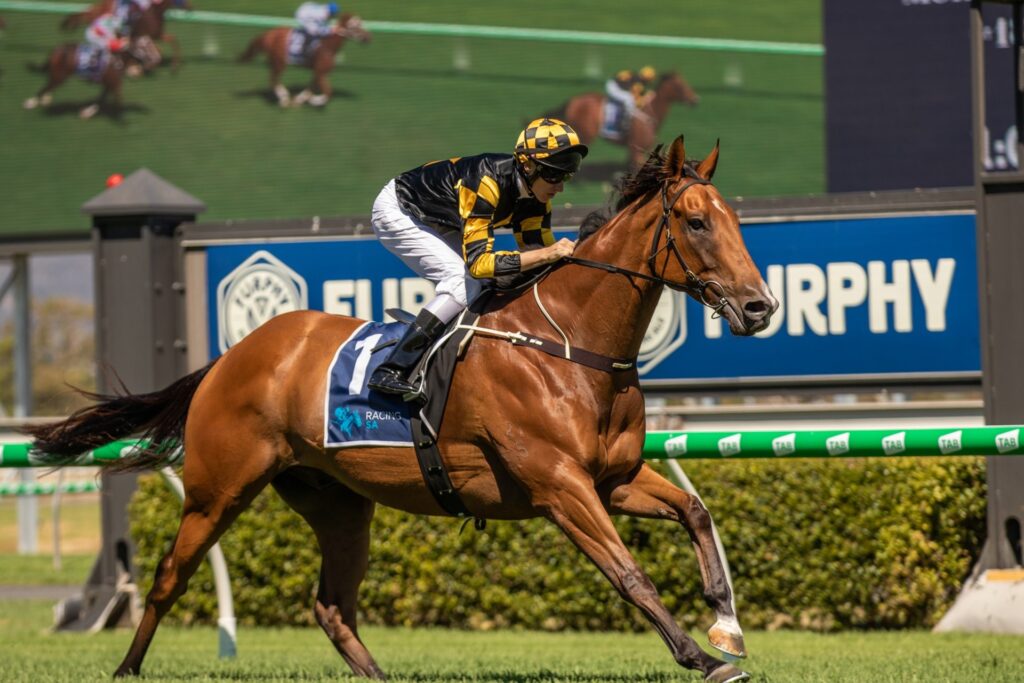