Former Perth sprinter Red Can Man has been nominated to race first-up in the $125,000 Jack Styring Sprint (1100m) at Flemington this Saturday.

Trainer Steve Wolfe, who is also the managing part-owner, sent the Gingerbread Man 4yo to David Brideoake at Mornington following a last-start 6th in the Winterbottom Stakes (1200m) at Ascot in November.

He had finished less than three lengths from Elite Street in the Group 1 sprint after being backed from $11 into $8.

Red Can Man won a Traralgon trial over 1100m last Monday and the stable was very happy with the hit-out.  “Jamie (Kah) gave him a spin and he picked-up and seems to be humming along,” Brideoake said.  “The horse was a little off-colour when he first arrived from WA so he missed the autumn.  He’s back in good shape now and the natural progression after Saturday is our winter sprints.”

Of the 29 horses nominated on Monday, Red Can Man is the second top-rated horse (98) behind Flemington straight-course specialist Order Of Command (104) who won last year’s LR Wangoom Hcp at Warrnambool.

Red Can Man owns Listed victories in the Fairetha Stakes and Bolton Sprint back home and they bookended an Ascot victory over Laverrod who has won the LR Hareeba Stakes and VOBIS Gold Sprint since relocating to Victoria.

“Steve is a mutual friend, I have raced a few in Perth, and he thought Red Can Man would line-up well over here,” Brideoake added.  “He tells me this horse is the real deal.”

Gingerbread Man (Shamardal) stands for a $5,500 (inc GST) at Yarradale Stud and sired the Melbourne newcomer from Brocky’s Ace (Surtee).  He was bred by Ellie Giles and sold for $50,000 at the 2018 Perth Magic Millions.

Brocky’s Ace is also the dam of Quilista (Scandal Keeper) who topped Day 2 at the Magic Millions National Broodmare Sale last month when purchased by Cressfield Stud for $1 million.  A half-brother by War Chant (USA) arrived last October and Giles bred her back to Gingerbread Man. 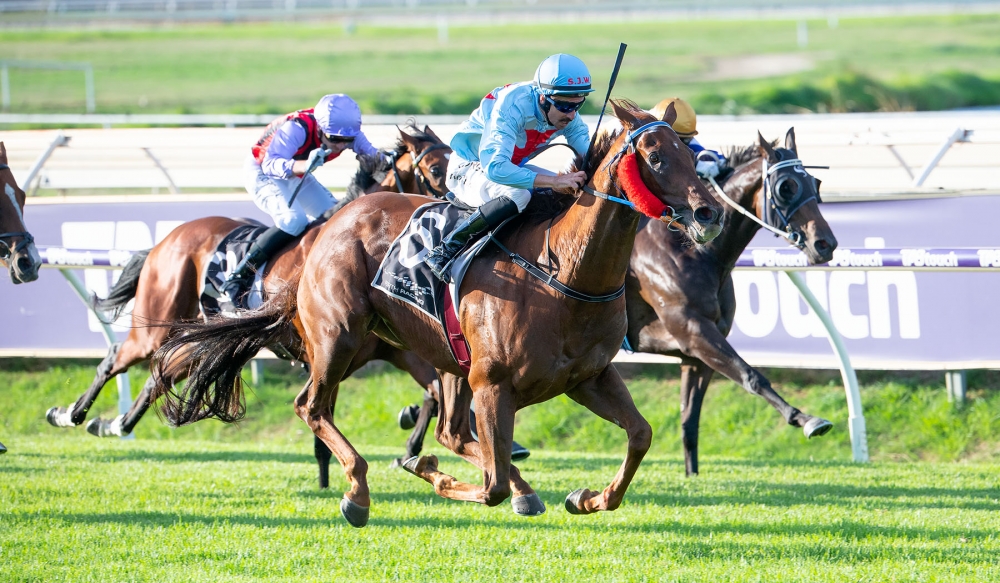