Adelaide raider Mileva has emulated her sire Headwater with an authoritative victory in the VRC Kensington Stakes (LR, 1000m) at Flemington.

Saturday’s win was her third at black-type level in a dozen starts and signalled a step up to Group 1 company in the New Year.  Trainer Phillip Stokes has designs on the MRC Oakleigh Plate (1100m) at Caulfield on February 19.

“We will keep her ticking over.  I don’t see any reason to tip them out when they’re going so well.” Stokes said.  “She’s a very clean-winded mare and thrives when racing fresh.  She spends most of her time at our farm working up the hill track and swimming in the pool.”

Headwater had won the Kensington Stakes as a 3yo colt against older sprinters before retiring to Vinery in 2016.   He stripped picture-perfect that day and clocked 56.90s on a Good 3.  His daughter was timed a tick slower in 57.15s on a similar surface under Ben Allen.

“Ben summed the race up beautifully,” Stokes explained.  “He got her across to the middle of the track and that was the place to be today.”

Mileva (4m Headwater – Lady Einstein by Magic Albert) was bred and sold by Little Hills Pastoral owners Geoff and Christine Tucker for $42,000 at the 2019 Adelaide Magic Millions.  Initially raced by owner-trainers Dan Clarken and Oopie MacGillivray, she won at Listed level in the Manihi Classic before the couple accepted an undisclosed offer from South Australian owner-breeder Michael Birchall.

“Michael’s getting a big thrill out of all this,” Stokes said.  “She’s significantly gone up in value and I would hate to think what she’s worth now.”

Mileva won the MRC Alinghi Stakes (LR, 1100m) first-up for her new owner in October and then finish third in the VRC Begonia Belle Stakes (Gr.3, 1200m) at Flemington a fortnight later.  She will likely return to the straight-six for her next outing in the Standish Hcp (Gr.3, 1200m) on January 15.

That’s also D-Day for Headwater filly Jamaea in the Magic Millions Guineas (RL, 1400m) at the Gold Coast.  The multiple Group 2 winner was classes above a Kembla Grange trial field last week and is the opening $8 favourite for the sales-related feature worth $2million.

Headwater sired the 70th individual winner from his first two crops when Not Another was successful in a Sunshine Coast maiden on Sunday.  She is trained by Stuart Kendrick who has also prepared recent Vinery-sired winners like Star Turn filly Avolonte and All Too Hard pair Bayerische and The Diamond.

There are 11 Headwaters catalogued for the Gold Coast Magic Millions including Lot 957, Valiant Stud’s half-brother to Dragonstone (Mikki Isle) who has won at Warwick Farm and Kembla Grange for trainer Mark Newnham.   He started favourite at Randwick on Saturday but worked outside the lead and was a sitting shot for Darley 3yo Bacchanalia. 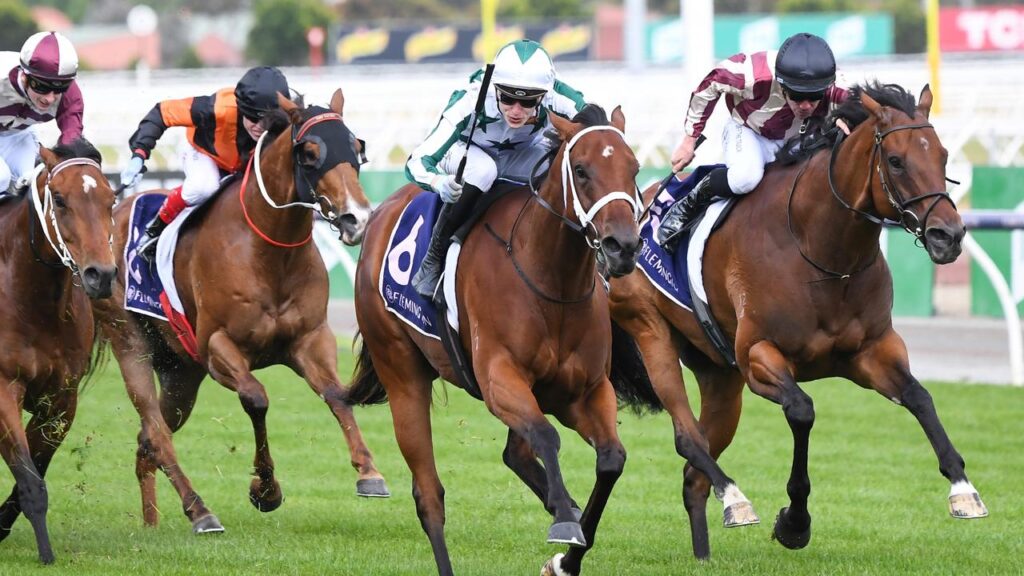