Grey filly Oh Sophia returned from a spell at Pinjarra on Sunday and she made every post a winner in the Country Comfort Maiden (1000m).

Jumping as the $2.80 favourite down the straight course, she established an early lead skirting the outside rail and only needed a tap or two from Shaun O’Donnell to keep her mind on the job at the furlong.

Oh Sophia had been placed in a Bunbury nursery on debut last December before returning for a two-start winter prep compromised by wet tracks at Belmont.  Trainer David Harrison gave her another break and she put the writing on the wall with a five-length trial win at Lark Hill last month.

Harrison prepares the Snippetson filly for a large syndicate that includes Namerik Thoroughbreds owner Alan Bansemer.  She’s the first foal of Unicorns Do Exist (Flying Spur) who had arrived in WA after being purchased by Dion Luciani for $50,000 at the 2013 Gold Coast Magic Millions Yearling Sale.

Unicorns Do Exist won a Northam maiden and is from the immediate family of Adelaide Stakes winner Permai (Rory’s Jester) and her Flemington Stakes winning daughter Permaiscuous (Danzero).

Oh Sophia was retained after being passed-in at the 2020 Perth Magic Millions.  Bansemer sold her Demerit half-sister to Martin Allen for $30,000 in the Swan Valley this year and their dam foaled a Sessions colt in August.

Namerik has entered colts by National Defense (GB) and Maschino for the 2022 Perth Magic Millions.  The Serpentine nursery is also prepping a filly by Spieth (NZ) and a full-sister by Patronize to $320,000 earner Fred Dag. 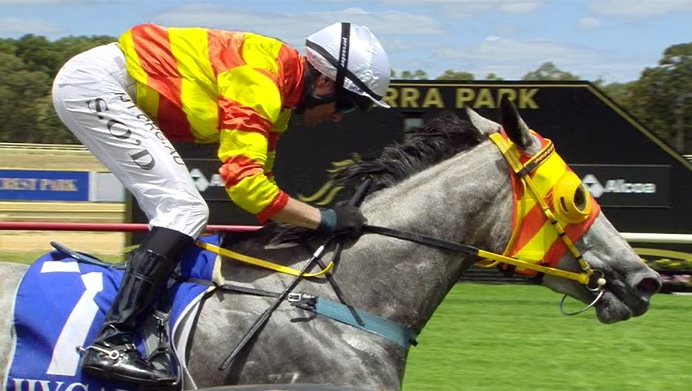