Three days after topping overall turnover at the Perth Magic Millions, Yarradale Stud was back in business at Ascot winning the Glenroy Chaff Hcp (1000m) with Miss Frost.

Yarradale owner Ron Sayers sold Miss Frost to David Reed at the 2017 Yarradale Yearling Sale and he kept a share in the filly after she was knocked down for $20,000 at Gidgegannup.  Saturday’s upset victory sent her earnings through $200,000.  It was her fifth win in 19 starts topped by the LR Jungle Mist Classic in 2020.

Miss Frost failed behind This’ll Testya first-up but was good value at $18 for the one-length win over odds-on favourite Pink Carats (I Am Invincible).  “She a quality mare and that last effort was right out of character,” trainer Luke Fernie said.  “A handful of my horses weren’t going any good around about then and I’m just glad they’ve turned it around.

“She can be a tricky ride and I was worried when she threw her head in air at the start.  But Holly (Watson) got her settled and she let down nicely in the straight.”

Miss Frost (6m Frost Giant – Mega Me by Danewin) is the final foal from a mare who was placed in a G3 Gimcrack Stakes at Ascot and her second dam Party Time (Bletchingly) won a G3 Inglis Premier Sale Stakes at Caulfield.

Yarradale sold 24 yearlings in the Swan Valley and they averaged $75,208 at a 96% clearance rate.

Top price of $200,000 came early when the So You Think – Nordic Gem filly (Lot 2) was bought by Neville Parnham for $200,000.  Her second-dam Rose Of Dane (Danehill) was runner-up to Bomber Bill in the 1998 Karrakatta Plate before going to Melbourne to win five races including the LR Summoned Stakes at Sandown.

Yarradale also won the Draft Of The Year competition judged by Magic Millions Perth Office Administrator Charlotte Geoghegan and Brittany Taylor.  They reported Yarradale was super-efficient with its parades, always had the stable area tidy and were helpful and friendly.  Well done to Davvy and the team who won prizemoney of $1,000 sponsored by TBWA. 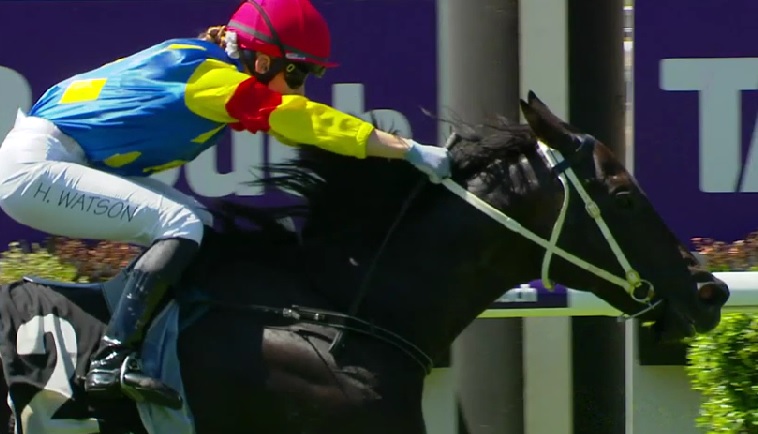