Results at the Inglis Broodmare & Weanling Sale that closed at Riverside Stables on Monday indicated market-confidence is sky-high ahead the 2019 breeding season.

A total of 14 foals made six-figures on Day 1 and the average for mares soared 27% on Days 2 and 3. “The top end is buoyant and the middle market has held up pretty well this year,” Inglis managing director Mark Webster said. “That has encouraged breeders to reinvest and that inspires confidence.”

Mitchell Bloodstock topped Federation of Bloodstock Agents Australia (FBAA) with 8 lots for a total spend of $373,000. A Deep Field colt related to G1 The Galaxy winner Russian Revolution from Fairhill Farm topped its foals at $70,000.

Honolulu Lass (Hinchinbrook) was best-priced among its broodmare buys at $120,000. She was prepared for wins at Echuca and Benalla by Patrick Payne last season before going in foal to Epaulette. Her dam Velasco won a G2 Matamata Breeders Stakes.

Randwick Bloodstock Agency bought foals by Maurice (Jpn), Outreach and Rubick. The first-crop colt by Arrowfield shuttler Maurice cost $105,000 and is from an unraced half-sister to 2015 Hong Kong Horse of the Year Able Friend.

Pinhook Bloodstock purchased a Flying Artie filly foal for $55,000 and Snitzel mare Sherbet Bomb for $85,000 in conjunction with Platinum Breeding and Racing. The filly is a half-sister to Exceed The Stars (Star Witness) who was 6th in the G3 Breeders Plate and 4th in the G3 Canonbury Stakes earlier this season.

Sherbet Bomb won at Ballarat for Mike Moroney and her first foal Rocket Fuel (Smart Missile) has been Group 3 placed twice to date in NZ. She was sold in foal to All Too Hard.

Belmont Bloodstock Agency bought filly foals by Kiss and Make Up and Husson while its mares included Notjustaprettyface (Dehere) who made $56,000 from Bowness Stud.

Notjustaprettyface was stakes-placed in a Canberra Guineas and she was one of the lucky ones to return a positive to fertility-challenged stallion Menari who is back in work with Gerald Ryan at Rosehill.

Peter Ford Thoroughbreds picked up a couple of bargain mares – Junipers (Pentire) & Written (Written Tycoon) – for an outlay of $76,000.  Written won at all four Melbourne tracks plus the Gold Bracelet at Bendigo for trainer Mick Kent and she was knocked down in foal to Wandjina. 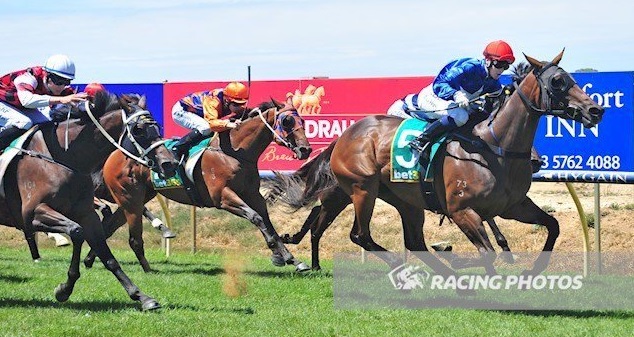