Vinery colt Exceedance faces his moment of truth on Saturday and co-trainer Michael Hawkes believes the timing is just right for the Coolmore Stud Stakes Gr.1 at Flemington.

Purchased as a stallion prospect at the 2018 Inglis Easter Yearling Sale, Exceedance can fulfil his potential on the opening day of the Melbourne Cup carnival.

Hawkes also reckons it’s the right time to apply blinkers for the ultimate reward down the straight-six.  “He’s got a brilliant turn of foot and Tommy (Berry) wants the shades on.  He’s still learning and isn’t fully there yet.

“It’s a month since he finished third in the Golden Rose and being fresh could give him an edge,” Hawkes added.  “It’s a top-class field and he’s got form around Yes Yes Yes and Bivouac.  They’re probably the top three colts at the moment and hopefully, it’s his turn on Saturday.”

Exceedance (Exceed And Excel) was impressive trialling with blinkers down the Flemington straight last Friday and bookmakers have installed him a $4.60 second-favourite behind Golden Rose winner Bivouac ($3.40).

Vinery graduate Aristia can claim her second elite victory at Flemington in the Empire Rose Stakes Gr.1 on Saturday.  She won the VRC Oaks Gr.1 twelve months ago and is ready to peak again for trainers Mat Ellerton and Simon Zahra.

“She ran through the line nicely at her last start in the Tristarc Stakes,” Zahra said.  “We’ve targeted the extra furlong since the start of her spring prep and her form at Flemington is outstanding.”

Aristia appears great value at $15 for the Empire Rose and Casino Prince mare Baccarat Baby is over the odds at $26 considering she finished a length ahead of Aristia in the Tristarc.  “That’s a generous price,” trainer David Vandyke said this week.  “We earmarked her for this race after the winter carnival and she should relish the mile.”

All Too Hard mare Too Good Too Hard is on a hat-trick in the Furphy Sprint Gr.3 at Flemington and later on Saturday his South African-based gallopers Frosted Gold and Roy’s Riviera are engaged in Group 3 events at Turffontein.

Vinery stallion Headwater was one of the most popular freshmen at the Magic Millions and Inglis 2YO Sales last month and his first winner could come as early as this Saturday when Wisdom Of Water debuts at Eagle Farm.

Wisdom of Water won trials at Sunshine Coast and Gold Coast by a total of 12 lengths in October and has opened a $1.85 favourite for the Orthochick Hcp (1000m).  He was a $70,000 buy at this year’s Gold Coast Magic Millions Yearling Sale.

“All going well, he will have a break after Saturday and then we can him get ready for the Magic Millions Classic in January,” trainer Toby Edmonds said.  “He’s coming along okay but there’s a difference between trials and doing it on race day.” 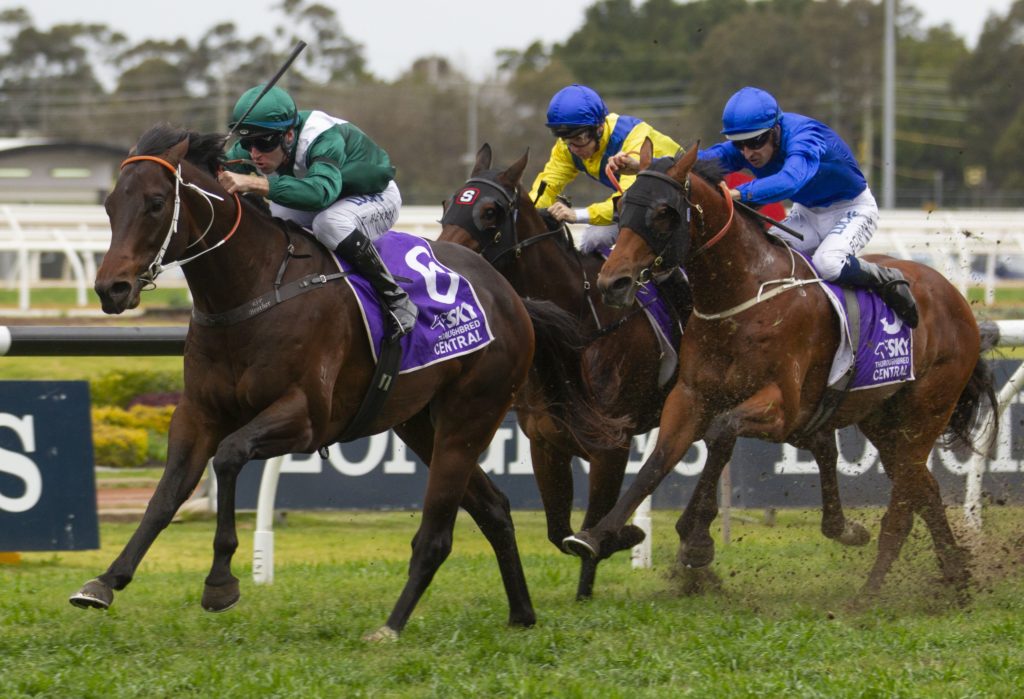