Yarradale Stud warmed up for a big weekend of stakes racing with a win against the odds at Ascot on Wednesday.

Wild Front (5g War Chant – City Living by Citidancer) was battling a run of outs since winning a Pinjarra 3yo maiden but there were several factors in his favour including an important gear change. “We added pacifiers last month but he baulked and wouldn’t go forward,” Miller explained. “He couldn’t see what other horses were doing so we took them off today.”

War Chant’s G2 WA Guineas winner Variation is the second emergency for the G1 Cantala Stakes at Flemington on Saturday and, as a precaution, has also been entered for the LR Grey Smith Stakes on the first Tuesday in November.

Variation was runner-up in the G3 Moonga Stakes at Caulfield first-up in Melbourne and he also holds a Group 1 nom for the Kingston Classic at Ascot in December.

Yarradale-bred stakes winners Mizlecki and Valour Road are back in harness for the Ascot summer carnival this Saturday. Mizlecki (Lope de Vega) resumes in the G3 Asian Beau Stakes (1400m) and Valour Road (Frost Giant) is first-up in the G3 Prince Of Wales Stakes (1000m).

War Chant 3yo War Saint remains on track for the G2 WA Guineas on November 23 following a brave fourth in last Saturday’s LR Belgravia Stakes. “He has talent but has to learn how to relax in his races,” trainer Neville Parnham told www.rwwa.com this week. “We will experiment with a gear change at his next start.

“I’m still not sure if he is an out and out speedster or needs to stretch out further. His pedigree would suggest he can.” 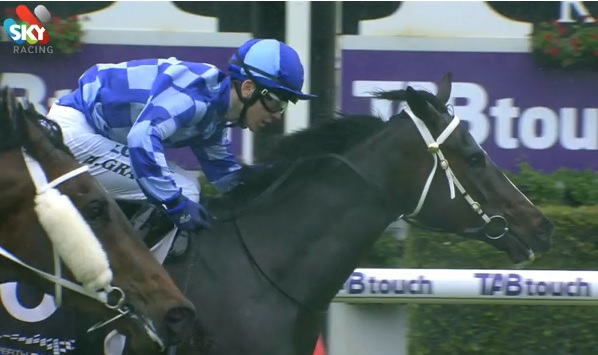