The G3 Golden Pendant was little more than a training gallop for More Joyous on Saturday.  Sydney’s supermare was a moral at the weights and she duly saluted as the $1.03 favourite.

More Joyous (6m More Than Ready – Sunday Joy by Sunday Silence) cruised to the line at Rosehill to collect her 20th black-type win.  Sydney’s pin-up girl was never out of second gear and trainer Gai Waterhouse is already looking to Melbourne.

“Toorak here we come,” Gai said.  “She is just so professional and I was pleased to see her go right to the line.”

More Joyous won the 2010 Toorak Hcp and doubled up at the same meeting in the 2011 Tristarc Stakes.  The mare and her stablemate Pierro are right on course for the Cox Plate but she will be spotted the colt 7kg at Moonee Valley.

The Waterhouse pair top the Cox Plate charts but Gai isn’t giving anything away in the lead-up to Australia’s weight-for-age championship.  “Pierro is still learning,” she said.  “More Joyous is a mature woman.  I just have to get them there.”

Owner-breeder John Singleton has been with her from the outset and he’s enjoying every minute of the ride.  “She looked better than ever first-up at Randwick,” Singleton said.  “And now she is only the seventh mare in history to win 20 stake races.

“How fortunate that we’ve got two of them racing right now.  It’s just incredible and it won’t happen again.”

The salesman in Singo was already on show when More Joyous began her run through the 2010 spring carnival.  “Life’s easy really,” Singleton beamed.  “You buy a More Than Ready, give them to Gai and they send you the cheques.” 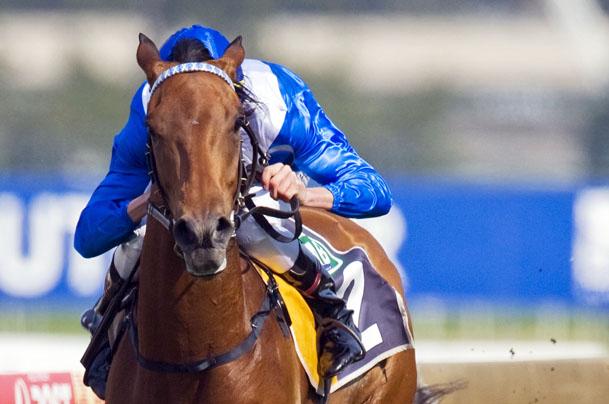