More Than Ready sired one of the standout colts at Keeneland during Book 2 of the September yearling sale on Friday.

Huckabay revealed selling him in Book 2, as opposed to Book 1, was a strategic decision to make him more conspicuous.  “He’s a very, very nice horse – everybody was on him,” Huckabay said.  “We’re very pleased.”

More Than Ready shuttles to Vinery from WinStar.  “He’s a great sire,” WinStar President Elliott Walden said.  “Not only has he done it for a long time, he’s had success in both hemispheres, which is incredible.

“He still has some really good crops and they’re getting better every year.

“This colt is balanced and very athletic,” Walden added.  “He looks like the kind that will be able to go on both surfaces which is what we’re looking for.”

WinStar and China Horse Club began their partnership with More Than Ready’s G1 Champagne Stakes winner Daredevil who will have his first foals on the ground in Kentucky next year.

More Than Ready had 10 yearlings average $243,000 during Book 1 at Keeneland.  Top price was another half-million dollar bid for the filly out of My Sugar Bear (Giant’s Causeway). 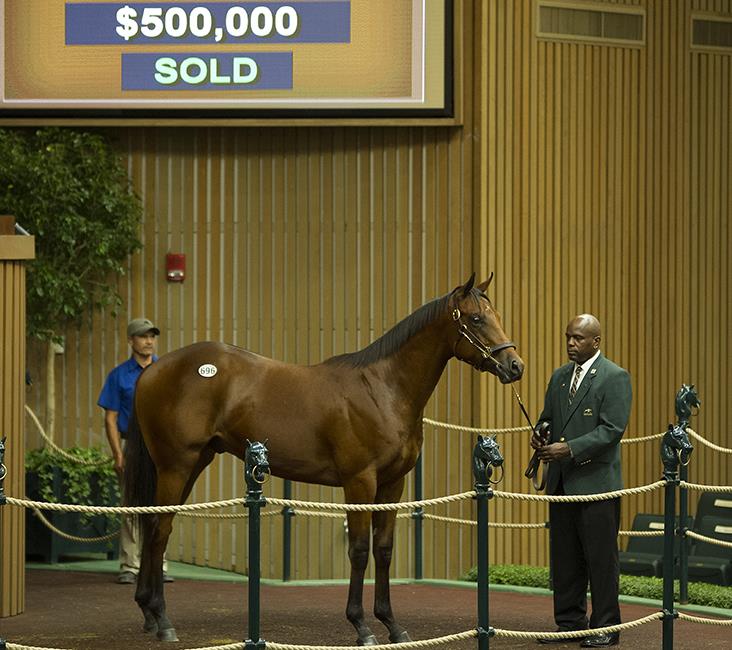