Keeneland is already a hive of activity while counting down to the world’s largest yearling sale that commences next Monday.

The 2019 Keeneland September Sale comprises 4,644 lots catalogued over 13 sessions and vendors are confident of another buoyant auction albeit not to the extent of last year when turnover jumped 22% to $377 million and the average edged ahead 7% to $129,335.

More Than Ready (USA) has 46 yearlings entered off the back of a sensational start by his juvenile division this season.  He has sired 12 individual 2yo winners to date for earnings of $695,983.

The only other sire with more winners on the North American Top 10 2yo ladder is Into Mischief (16).

More Than Ready’s consignment at Keeneland kicks off early with the colt from Onna Bugeisha (First Samurai).  Catalogued as Lot 6, he’s the second foal from a stakes-placed half-sister to G3 Earl of Sefton Stakes winner Tazeez (Silver Hawk).

The first filly in the sale-ring by Vinery’s living legend is out of The Crane (Tiznow).  Entered as Lot 149 by St George Sales, she’s the first foal from a daughter of Ballerina Hcp Gr.1 winner Harmony Lodge (Hennessy).  Archie St. George and his wife Michelle branched out on their own in Kentucky after a decade at Eaton Sales.  He grew up in Ireland and is a fifth-generation horseman from Kilkenny.

The More Than Ready – Alina colt (Lot 215) on account of Blake-Albina Thoroughbreds is a full-brother to Group 1 filly Nemoralia who sold as a foal for $120,000 at the 2013 Keeneland November Sale.  She won two stakes races in England and returned to the USA for Group 1 placings in the Breeders’ Cup Juvenile Fillies Turf and Frizette Stakes.

Taylor Made Sales has been the leading Keeneland consignor for many years and they passed a rare milestone when More Than Ready 3yo Catholic Boy won the 2018 Belmont Derby.  He became the 100th Group 1 winner raised and consigned for sale at their farm just south of Lexington.

Taylor Made’s first More Than Ready to parade is the colt from Amadeus Melody (GB) who is an unraced half-sister to 2012 Prix du Cadran Gr.1 winner Molly Malone (Lomitas).  Her filly Morgan Le Faye (Shamardal) was placed in the 2018 Prix du Cadran and she returned to complete a hat-trick for Godolphin in the Prix Corrida Gr.1 at Saint-Cloud in May.

The catalogue can be viewed here:  http://flex.keeneland.com/saleindex/saleindex.html 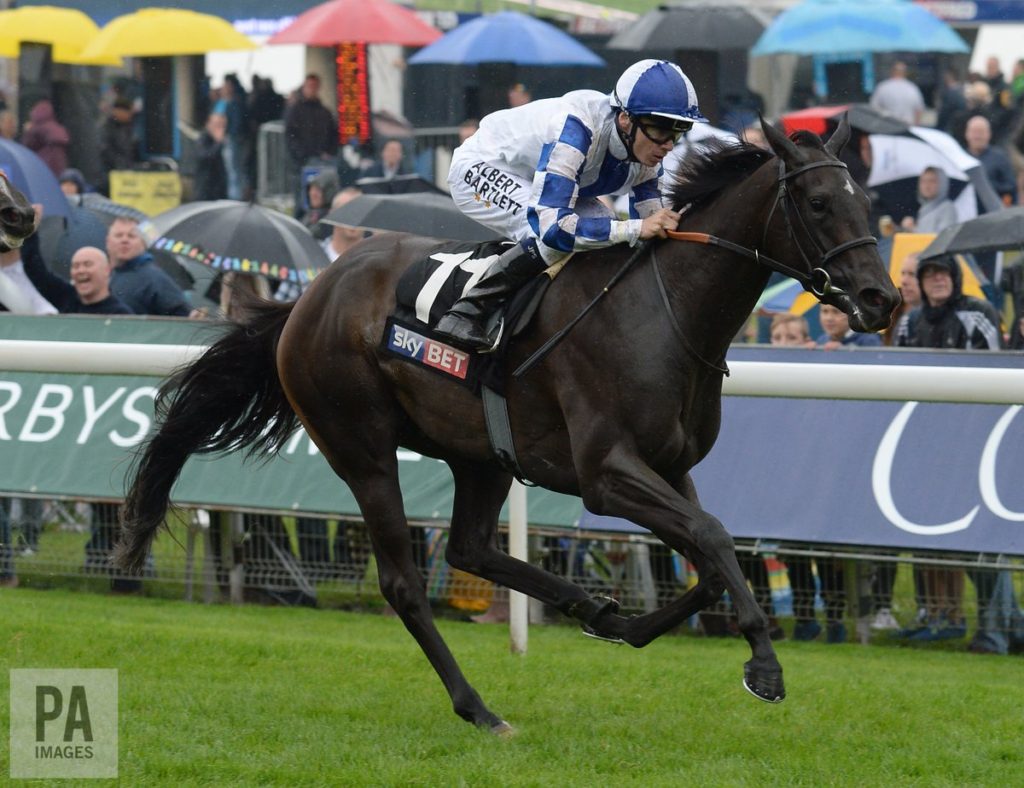