Smart Fox completed back-to-back wins at Belmont on Wednesday but it hasn’t been plain sailing for the Adam Durrant-trainee this prep.

The Gingerbread Man 3yo had won down the straight at Pinjarra in July, however, he was unable to double up straightaway due to a foot abscess. “He was supposed to start last month but walked out of the box limping on the morning of the race,” stable rep Jason Miller revealed. “He was sidelined for a couple of weeks and we gradually build him up for today.

“He’s bounced back well and will probably go to a Saturday race now.”

Smart Fox came with a powerful finish to win the Salinger Hcp (1000m) by a half-length from Pink ‘n’ Gray (Galah) and Freecell (Demerit). “He came out running from an outside and we got cover behind the leaders,” jockey Jade Mc Naught reported. “He’s goes wherever you put him – he’s a lovely horse to ride.”

Smart Fox was bred by Wally Daly and sold for $70,000 through Korilya Stud at the 2017 Perth Magic Millions. Belmont Bloodstock agent Damon Gabbedy bought him on behalf of long-time stable client Geoff Bull.

Durrant and Bull buttered up with $130,000 for a Dundeel – Mendicity filly at this year’s Perth Magic Millions. She has been named Kandaka.

Smart Fox is the third winner from Cherchez La Femme (Surtee) who won on debut at Ascot for Daly and his brother George in October 2007. She has a 2yo filly by I’m All The Talk and a yearling colt by Sessions.

Achernar Star is also by Yarradale Stud sire Gingerbread Man and he’s due for a change of luck at this year’s Ascot summer carnival after placings in the G1 Kingston Town Classic in 2017 and G2 Lee-Steere Stakes in 2018.

Gingerbread Man’s first reported foal on the ground this season is a filly out of Double Fun (Dubleo) that was foaled at Gold Front Thoroughbreds on August 2.  Yarradale’s first foal of the season by him is the filly from Born Princess (Elusive Quality) who is a Moonee Valley winning daughter of Born Priceless (G2 Karrakatta Plate). 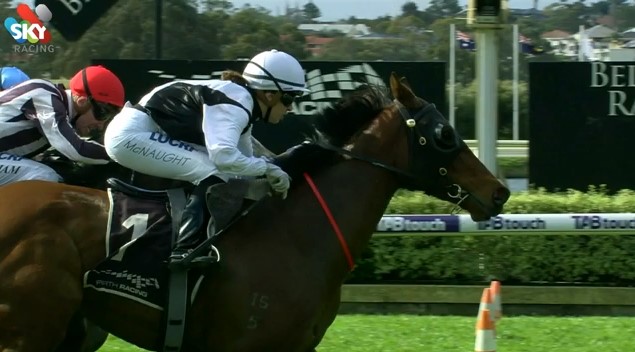