Credit River is unlike your typical 2yo Stakes winner by More Than Ready…he’s a grey and he wasn’t given much of a chance in the $155,000 Ontario Racing Stakes LR in Canada on Saturday.

A More Than Ready debutant should always be treated with respect but Credit River defied a $42 morning-line quote when clocking 57.06s on turf over 1000m at Woodbine.

The Hillsbrook Farms homebred becomes the 204th stakes winner by the Vinery legend and his 78th juvenile stakes winner.

Credit River (2c More Than Ready – Like a Gem by Tactical Cat) settled last of a half-dozen behind a blistering opening 400m sectional in 21.43s.  Clicked into high gear by Emma-Jayne Wilson, he began picking off rivals one by one down the lane, storming home to win by three-quarters of a length.

“To see him flourish on the turf is no surprise,” Wilson said.  “It was a tough task for a first-time starter, but he showed his talent today.  I didn’t expect him to be nearly quick as those guys were early so I just let him get his legs.

“I gathered him up, and then when I asked him to pick it up, he didn’t even hesitate.  He was all business.”

Credit River carries the colours of Hillsbrook Farm owner Garnet Williamson and is bred in the purple.  He’s a grey half-brother to Hard Not to Like (Hard Spun) who beat Canada’s best colts in the prized Cup and Saucer Stakes at Woodbine before graduating to Group 1 Stakes victories at Saratoga (Diana), Keeneland (Jenny Wiley) and Santa Anita (Gamely).

More Than Ready latest northern yearlings sold to $350,000 during the opening sessions of Keeneland’s September Sale last week.  Top-price was paid by Maverick Racing for the Gainsway (as agent) colt from Hard Cloth (Hard Spun) who is an unraced half-sister to Group 1 winners Hawkbill (Coral-Eclipse Stakes) and Free Drop Billy (Keeneland Futurity).

Champion More Than Ready mare Rushing Fall will command a multi-million price-tag when she is offered at the Fasig-Tipton Kentucky November Sale.  She has been consigned by Indian Creek (as agent) on behalf of owner Bob Edwards.

The six-time Group 1 winner will go under the hammer just days after bowing out in the Breeders Cup at Keeneland.  She was most recently seen capturing the elite-level Diana Stakes at Saratoga on August 23.

“Rushing Fall is a true collector’s item, and we are honoured that the Edwards family has entrusted her sale to Fasig-Tipton,” company president Boyd Browning Jr said.  “She is one of the more brilliant turf females we have seen in some time, compiling a near-perfect record in her division’s most prestigious races.” 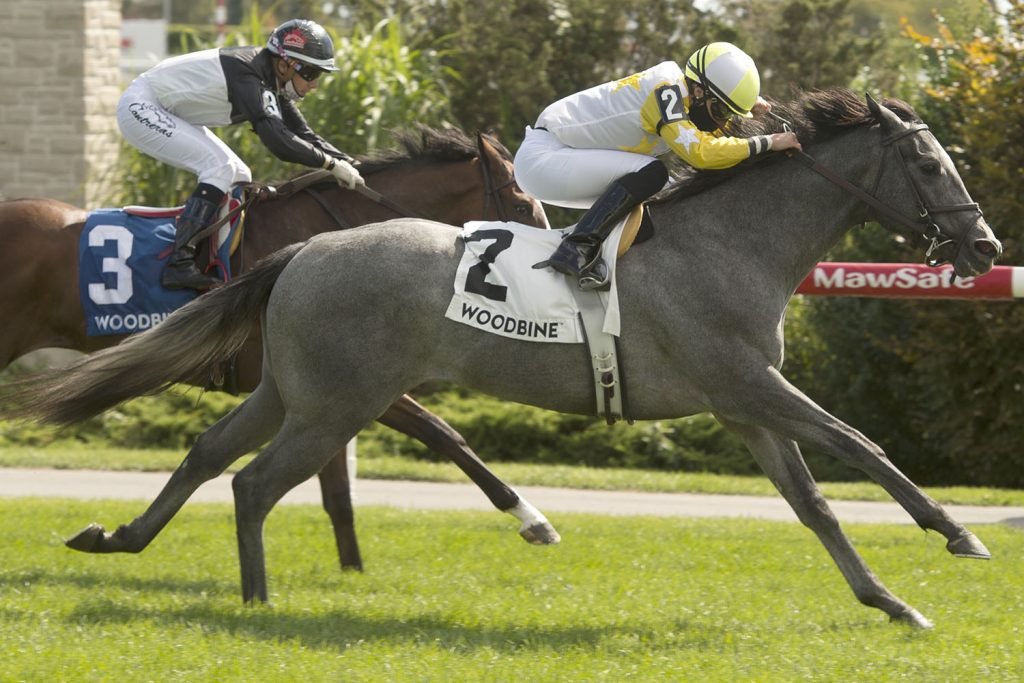