TBWA members Bob and Sandra Peters swept honours at the 2020 WA Thoroughbred Awards on Saturday winning Racehorse of the Year and Breeder of the Year.

Racehorse of the Year Regal Power (Pierro) won feature races at home and interstate last season starting with the G1 Railway Stakes at Ascot.  He doubled up in the G2 Ted van Heemst Stakes at the summer carnival and then travelled east to hit a $5 million jackpot in the All-Star Mile at Flemington in March.

Peters Investments also won Breeder of the Year with their mares Broadway Belle (Redoute’s Choice) and Star Encounter (Jeune) who finished on equal points allocated for major races during the season.

Scenic Lodge champion Blackfriars (Danehill) was awarded Leading Sire after winning the WA title for a tenth time in a succession.

Former Mungrup Stud stallions Playing God and I’m All The Talk, now based at Darling View Thoroughbreds, picked up the other breeding awards.

Kay Cee (Playing God) was named 3YO Racehorse of the Year after a ground-breaking victory in the G1 Kingston Town Classic.  She also won the Listed Burgess Queen Stakes, Raconteur Stakes and Belmont Guineas.

Watch Me Dance (I’m All The Talk) earned 2YO Racehorse of the Year honours after climaxing an autumn campaign in the G3 WA Sires’ Produce Stakes.  She was also runner-up in the G2 Karrakatta Plate and G3 Gimcrack Stakes. 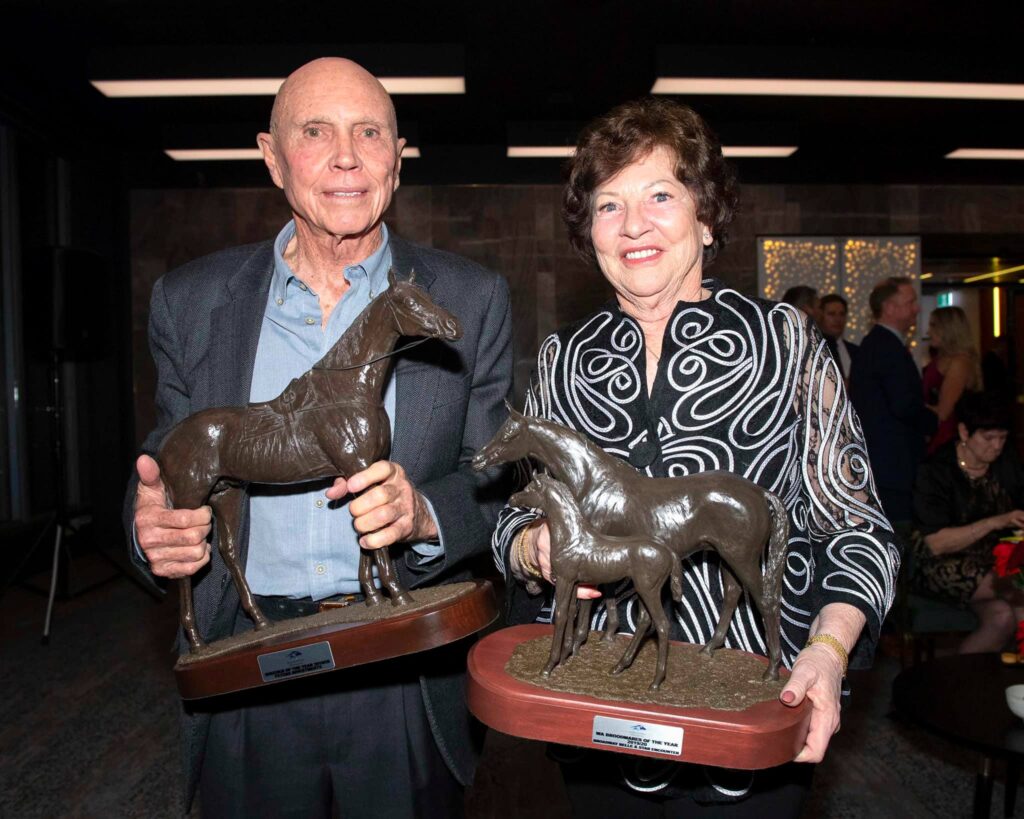