More Than Ready mare Sienna Rose completed a treble for her connections with a trademark last-to-first finish at Eagle Farm on Saturday.

Sienna Rose is trained by Steve O’Dea for Proven Thoroughbreds and she followed stablemates Reckless Choice and Scallopini into the winner’s enclosure after the Q-Scan Radiology Clinics Hcp (1400m).

Visiting Victorian apprentice Steph Thornton adopted similar tactics on Reckless Choice and Sienna Rose.  “There’s strong headwind so I sat back for cover and waited to angle into the open,” she said.  “Sienna Rose is my 150th career winner and I’m very grateful for the support from Steve and the owners since coming to Queensland.”

O’Dea will target the Magic Millions in January with Scallopini and his More Than Ready mare is also eligible after making $100,000 at the Gold Coast yearling sale in 2017.  She is raced by Proven Thoroughbreds in a syndicate that also includes Aquis Farm and Niugini Racing manager Robert Allport.

Some black-type would accentuate the enormous residual value of Sienna Rose going into what will likely be her final season of racing with O’Dea.  Her dam Maroon Bay (Exceed And Excel) is a half-sister to dual-hemisphere Group 1 winner Merchant Navy (VRC Coolmore Stud Stakes & Royal Ascot Diamond Jubilee Stakes).

Meanwhile, More Than Ready sired his 13th individual 2yo winner in North America this year when More Than Pride saluted by four lengths on Friday morning (AEST).

More Than Pride stalked the pace into the lane before drawing clear under Pablo Morales at Presque Isle Downs.  The Godolphin homebred colt is trained by Eoin Harty and was sent to Pennsylvania for an easy kill over 1600m.

Godolphin sold his dam Pride of Place (A.P. Indy) for $55,000 at the 2017 Keeneland September Bloodstock Sale.  She was carrying a Street Boss filly that has been catalogued as Lot 2595 by Vinery Sales (as agent) for the Keeneland September Yearling Sale next week. 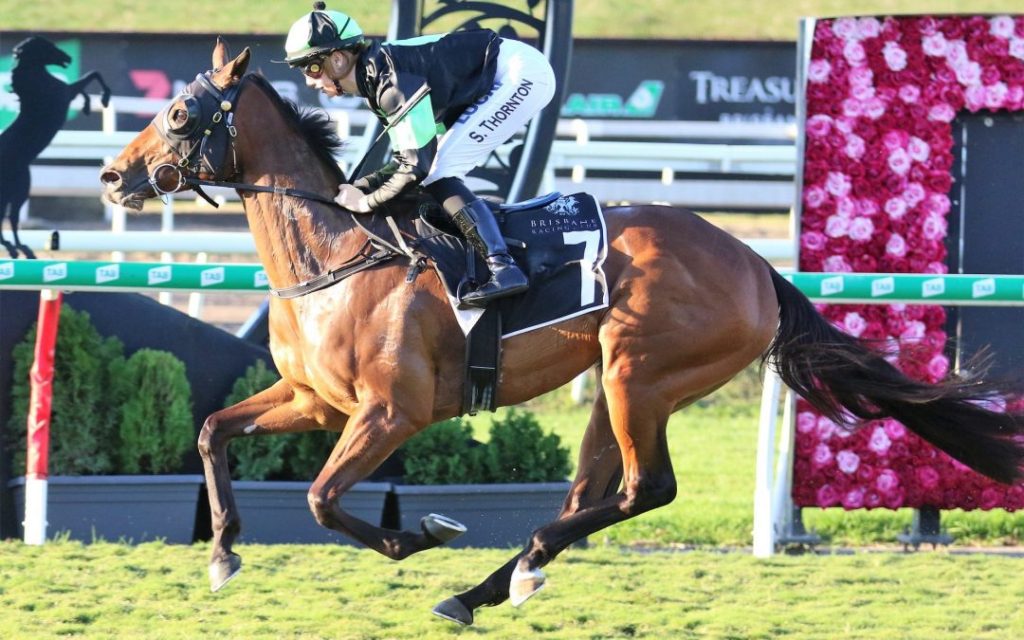