Hong Kong trainer John Size is contemplating a Group 1 start for his up-and-coming star My Darling.

The Mossman gelding improved his record to 4 wins from 7 starts under Joao Moreira at Sha Tin on Tuesday.  “A Class Two win is always pretty good as a four-year-old,” Size said after the Chek Keng Hcp (1400m).  “They’re hard to get and his pedigree says he can run a mile.”

The Group 1 Hong Kong Classic Mile, worth AUD 1.80 million, is scheduled for January 22.  It’s the first of a three-leg series followed by the HK Classic Cup (1800m) in February and HK Derby (2000m) in March

“My Darling is worth his place in the Classic Mile,” Moreira declared.  “He’s a classy horse and I think he will handle a mile.

“He’s strong, mature and experienced.  If I was John, I would run him.  And it wouldn’t surprise me if he went and won it.”

My Darling (4g Mossman – Syrian Bride by Golan) was a $26,000 buy for trainer John Thompson at the 2014 Inglis Classic Sale.  Initially registered as Caifu, he won a Randwick juvenile trial that caught the eye of Size and owner Hugo Hui Kwan Wah.

There was interest from several agents seeking to secure a horse bred to get over ground in Hong Kong.  His dam is a sister to Group 1 Victoria Derby winner Kibbutz.

Vinery sire Mossman has 10 yearlings entered for the Gold Coast Magic Millions commencing on January 11.  One of the highlights is the sister to Group 1 Coolmore Classic winner Plucky Belle (Lot 575). 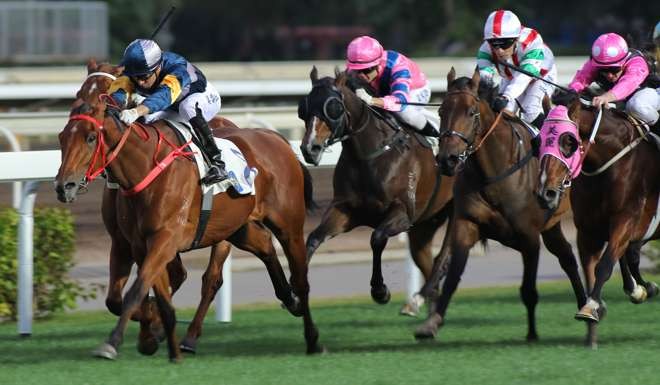