Tambo’s Mate will be set for the Magic Millions carnival after graduating to a black-type victory in the Recognition Stakes (LR, 1350m) at Doomben on Saturday.

The Stuart Kendrick-trained sprinter is the 40th stakes winner by Vinery sire Mossman who was retired from the breeding barn last year.  “He’s come a long way this campaign,” Kendrick said.  “We might try for a wild-card into the Magic Millions Snippets and then we will start thinking about the winter carnival.”

Tambo’s Mate (4g Mossman – Passagemaker by Canny Lad) was caught deep early but proved too strong in the straight to beat Vega One (Lope De Vega) and Deep Image (Testa Rossa).  It improved his career card to 7 wins in 12 starts for more than $334,400 in prizemoney.

The $1 million Magic Millions Snippets (1200m) is scheduled for Saturday, January 9 as part of the $10.25 million Raceday on the Gold Coast.

“He beat a good field today and didn’t have much luck in running,” Kendrick added.  “He’s a real athlete with a lot of potential.”

It was the second Recognition for Mossman.  He won it with Crack Me Up who went on to claim Queensland Horse of the Year honours in 2017-18.

Tambo’s Mate is raced by Townsville owner-breeder Dalan Tamblyn and is from a daughter of Randwick stakes winner Georgia Belle (Clear Choice).

Mossman sired five Group 1 stars among those 40 stakes winners.  Mossfun won a Golden Slipper but the best of his progeny was undoubtedly Buffering with six victories at the elite level and $7.30 million in prizemoney.

After covering 18 books, Vinery retired Mossman last year.  His sire Success Express was also pensioned after 18 books and was pampered by Vinery staff for many years before he passed away aged 30. 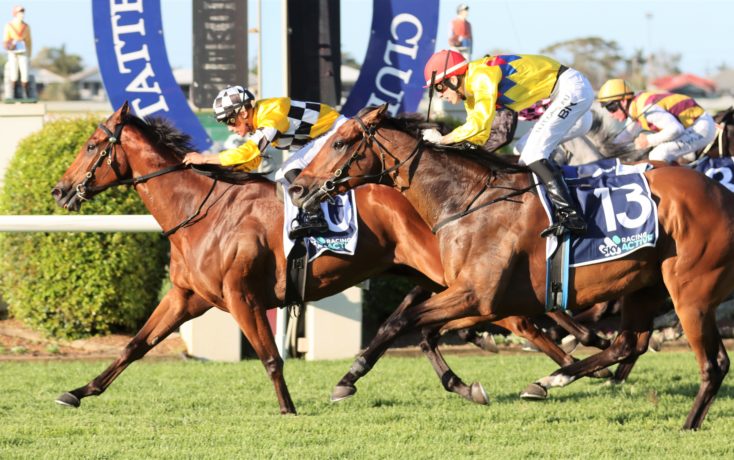