The time was ripe for Uni Time to put his growing reputation on the line in the LR Carbine Club Stakes (1400m) on Saturday.

After four ratings wins this prep, trainer Sharon Miller elected to take on Group winners Tally, Arcadia Prince, Lordhelpmerun & Disposition and he came through with flying colours to complete a hat-trick at Ascot.

The lightly-raced sprinter is the 8th stakes winner for Scenic Lodge sire Universal Ruler and he will likely go again in the G3 Scahill Stakes (1400m) on December 10.  “He was a bit of a lad early on although I always thought he was going to develop into a pretty nice horse,” Miller said.  “He will probably cop a big penalty but was fit and ready to go today.”

Uni Time has won 6 races and has never been out of a place in 11 starts for earnings of $237,830.  He was retained by Hopelands owner-breeder Ian Roberts after failing to reach a $20,000 reserve at the 2017 Perth Magic Millions.

His dam Darntime (Danetime) also scored a hat-trick at Ascot in 2009.  The mare hails from a family introduced to WA by Robert Holmes a Court and her other local winners include Regal Gleam (Alfred Nobel) and Time To Trade (Trade Fair).

Stand-in jockey Joe Azzopardi saved ground on Uni Time to post his first win since returning from Singapore.  “I needed a bit of luck on the corner and it panned out perfectly,” he said.  “He hit the line hard and was too good.”

Scenic Lodge sire Snippetson was in the frame earlier in the day with his promising colt Downforce.

Trainer Neville Parnham prepares the 3yo for his wife Carol and part-owners Ron Sayers & Bob Pearson.  “I did think he could get out to 1600m in the WA Guineas this time in but he was injured while out spelling,” Parnham revealed.  “That set us back but I’m confident there’s a black-type race in him.” 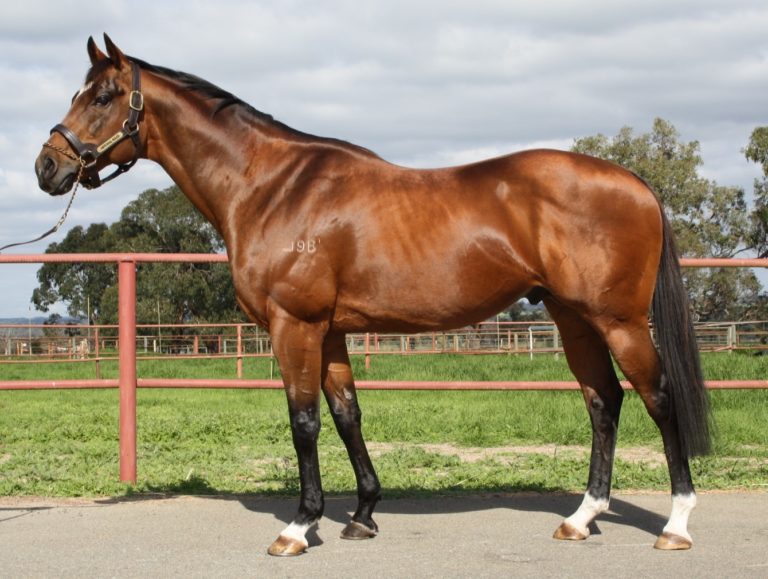