Highly-regarded filly Nasaiym took the first step towards a Group 1 assignment when she got off the mark at Newbury on Friday.

The 2yo daughter of More Than Ready rewarded favourite punters with a narrow victory over Nina Bailarina (Lope De Vega) in the EBF Fillies Stakes (1200m).  Champion jockey Ryan Moore had to ride her out, nevertheless trainer James Tate was more than impressed with the performance.

“She made hard work of it near the end although the soft ground probably wasn’t to her liking,” he said.  “The question is, do we stick at six (1200m) or do we go up to seven (1400m).  I don’t think seven will be a problem but we will be looking for faster ground when she goes up in class.”

Nasaiym (USA) holds feature race nominations for the Lowther Stakes Gr.2 at York over 1200m on August 22 and Moyglare Stud Stakes Gr.1 over 1400m at Curragh on September 15.

Raced by Sheikh Juma Dalmook Al Maktoum, she made 230,000gns (AUD 438,530) at the Tattersalls 2YO Craven Sale in April.  Her dam Beyond Our Reach (Danehill Dancer) was Group 1 placed behind Again (Danehill Dancer) in the 2008 Moyglare Stud Stakes.

More Than Ready added black-type at Saratoga on Friday as the damsire of Lake George Stakes Gr.3 winner Regal Glory.  The Animal Kingdom filly is trained by Chad Brown and is from More Than Ready mare Mary’s Follies who won the Mrs. Revere Stakes Gr.2 at Churchill Downs and Boiling Springs Stakes Gr.3 at Monmouth Park.

It’s the same Animal Kingdom – More Than Ready cross as Peters Investments homebred Mystery Miss who is on a stakes winning hat-trick in the Belmont Classic LR on Saturday.

Brown’s Group 1 winning More Than Ready mare Rushing Fall was runner-up to stablemate Sistercharlie (Myboycharlie) in the Diana Stakes Gr.1 at Saratoga last week and they will clash again in the Beverly D. Stakes Gr.1 at Arlington on August 10.  The Ballston Spa Gr.2 at Saratoga on August 24 is another option for Rushing Fall on the way to a second Breeders’ Cup crown at Santa Anita in November. 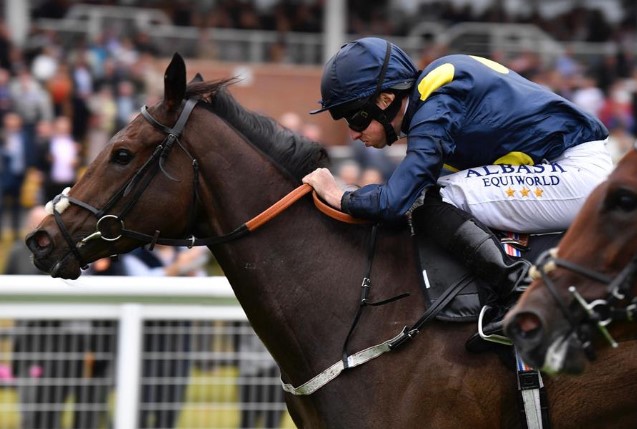