All Too Hard youngster Mister Dynamo kicks off a big weekend for Vinery sires in the $250,000 Golden Horseshoe (1200m) at Kranji on Friday night.

The Golden Horseshoe is a domestic Group 2 and is shaping up as a rematch of the IRT Juvenile Stakes a month ago when No Regrets (NZ) defeated Mister Dynamo by a short-head.  Third home, another head away, was Boom Shakalaka who is also in the mix for the return clash.

Mister Dynamo (2g All Too Hard – Belscenica by Scenic) swooped home on debut after Ben Thompson extricated his mount from behind the two leaders in the straight.  Stewards reported the newcomer was inclined to lay inwards under pressure in the early stages of the home straight and had to be shifted outwards to obtain clear running after passing the 300m.

Trained by Leticia Dragon for Tivic Stable, he was a $120,000 graduate from Vinery at the 2018 Inglis Classic Sale when purchased by Wattle Bloodstock agent Peter Twomey.  Belscenica was a five-time winner in Melbourne for Tony Noonan and he went back and bought the mare’s Headwater filly at this year’s Classic Sale.

All Too Hard can extend his record-breaking season for wins when Titan Blinders contests the Murray Cox Hcp (1600m) at Flemington on Saturday.  Co-trainer Troy Corstens conferred with part-owners Ozzie Kheir and Brad Spicer about the horse’s immediate future last week and they decided to keep him in Melbourne.

“He’s going so well we opted to stay home instead of going to the Darwin Cup,” Corstens said.  “There are a few options and we will make a plan after the weekend.”

Titan Blinders has won 3 of his 6 starts this prep and is coming off a four-length, front-running victory at Ballarat.  His All Too Hard stablemates Illuminates and All Too Terrific are also impressing this prep.

“Illuminaire was stakes-placed at Caulfield and Moonee Valley last year but she really needed more time,” Corstens claimed following her overdue victory at Echuca a fortnight ago.  “She’s a rising 4yo with black-type and will stay in training – I’m sure there are more wins on the cards next season.

“We took All Too Terrific to Echuca for her first start and she ran really well to finish midfield.  She’s a nice stayer in the making and we’re looking to get her over 1400m and further as a 3yo next season.”

All Too Terrific is the first foal of Terrific Tulla (Shamardal) who descends from a Group 1 winning family out of Europe.  She has been nominated for the XXXX Gold 2YO Fillies Maiden Plate (1200m) at Pakenham next Tuesday.

All Too Hard has already passed Smart Missile’s wins record (180) for Australian third-crop sires and heads into this weekend with 182 wins.

His own sire Casino Prince can finish the weekend with another classic for Vinery in the Singapore Derby (1800m) on Sunday.  His filly What’s New can sweep the Triple Crown in the $1 million Singapore Group 1 following wins in the Silver Bowl LR & Stewards’ Cup LR.

What’s New was bred by Vinery partner Greg Perry from Pussycat Dream (Oasis Dream).  He paid 40,000gns for the British-bred mare at Tattersalls shortly after she won a maiden at Nottingham. 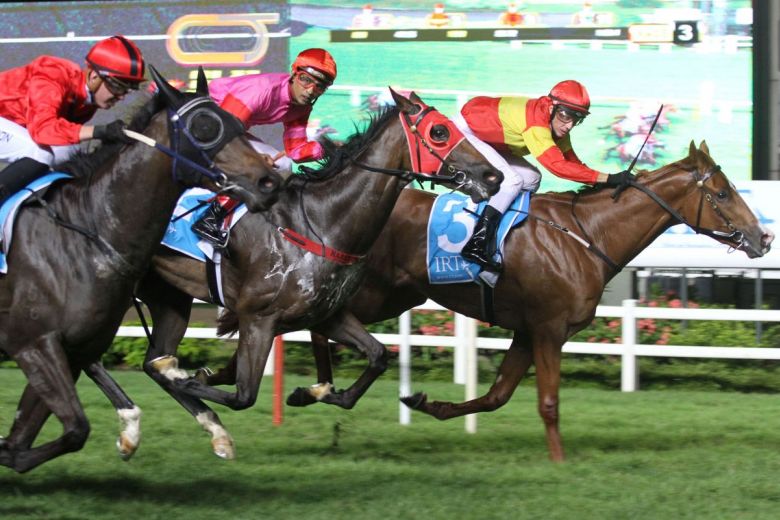