Bullbars has started the season with a sensational run of results from his first-crop sired at Highview Stud.

In the last week, there have been 6 race or trial winners in Australia, China and New Zealand.

His stock have well and truly arrived in their classic year and are making good judges sit up and take notice.  They’re professional racehorses with a high-cruising speed and push-button acceleration.

El Sicario began his three-year-old season in emphatic style for former Kiwi trainers Trent Busuttin and Natalie Young at Pakenham on September 1.  Racing first-up since an unplaced effort in the G1 Champagne Stakes Randwick, he was taken straight to the lead before continuing the gallop to score by three lengths.

Busuttin has labelled him as “potentially the best horse I’ve trained” and he holds a Group 1 entry for the Caulfield Guineas.

Ruthless Agent, a Queensland based son of Bullbars, made a winning debut at the Gold Coast on September 3 for a partnership that includes former Australian rugby union reps Alan Cardy and Simon Poidevin.

A younger half-brother to G3 Kindergarten Stakes winner Dances On Stars (Snitzel), he challenged three wide entering the straight and stayed on strongly to score by a half-length without the jockey asking too many questions.

Ruthless Agent cost $55,000 from Highview at the 2015 NZB Karaka yearling sale and trainer Kurt Goldman rates him a progressive type with more wins ahead in his first prep.

Bullbars can maintain his winning run at Ruakaka this Saturday.  Contessa Vanessa, the first starter from his second crop, makes her debut in the Henderson Reeves 2YO (900m) for trainers Graeme and Debbie Rogerson.

Mongolianlightning also returns for a highly-anticipated spring campaign in the LR Northland Breeders Stakes (1200m) at Ruakaka.  The unbeaten colt is trained by Murray Baker and Andrew Forsman for Lang Lin of the Inner Mongolia Rider Horse Club.

Mr Lang also sourced the first Chinese winner by Bullbars – a colt from Boulevardofdreams (Daggers Drawn) – who won at the Yulong Breeders’ Cup meeting in Shanxi Province last weekend.  He cost $40,000 at last year’s NZB 2YO Sale at Karaka.

Bullbars (Elusive Quality) is a half-brother to Group 1 winners Helmet and Epaulette and he scored a barnstorming Group 3 victory in the 2011 Colin Hayes Stakes at Flemington.

Melbourne businessman Rob Harding bought Bullbars from Sheikh Mohammed to stand at stud in a deal brokered by agent Sheamus Mills.  He stands at Highview for a $6,000 (plus gst) service fee.

Harding has two new-season juveniles by Bullbars in training with Mick Price and Andrew Noblet. 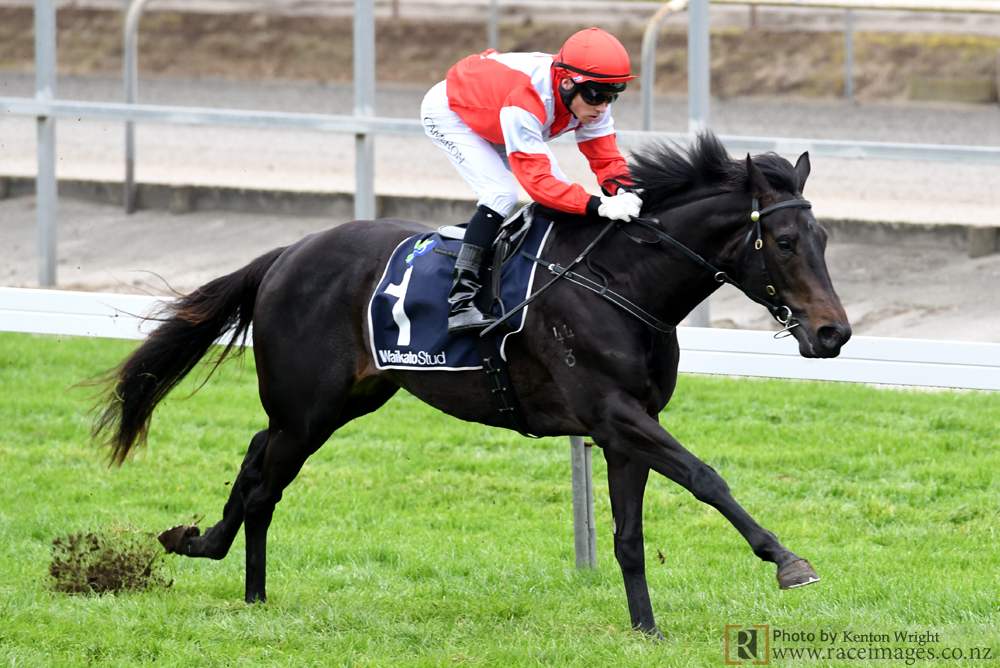 MONGOLIANLIGHTNING
Bullbars colt wins by 8 lengths on debut at Matamata