With a new horse on the roster, an emerging talent and a warhorse that keeps knocking out high quality winners, Victoria’s Rosemont Stud is well placed to have a strong breeding season 2016.

Nostradamus comes to the farm as an extremely well-credentialed first season stallion and will stand for $8,800 (inc gst).

“We have agonised over his first season price,” Rosemont’s Anthony Mithen said.  “There’s no doubt he deserves to stand for plenty more, but we look at this as a real opportunity for Victorian breeders to make a no-brainer call and at least send one mare.”

Nostradamus cost $500,000 as a yearling and is a Medaglia D’Oro half-brother to young gun stallion Star Witness.  He was a multiple Group winner with explosive speed and will be one of few stand-out first season stallions in Victoria this season.

“The pleasing thing about this horse is that he has strong 2yo form,” Mithen said.  “He was actually Golden Slipper favourite after winning on debut at Flemington and he trained on to win Group races as a 3yo and 4yo.  Breeders can have confidence they are breeding with a tough, unbelievably good looking, speed horse.”

With some of Victoria’s best breeding farms securing breeding rights in the horse including Musk Creek, Lauriston, Two Bays, Rushton Park and Glentree, the horse is assured a great start to his career in the breeding barn.

“He will get awesome support and that should set him up to be a chance to mirror horses like I Am Invincible, Not a Single Doubt and Written Tycoon.  None of those horses won at Group 1 level but have returned great dividends to breeders and been superbly successful at stud.  Pedigree takes you a long way in this game and he is just about the best bred horse anywhere in Australia going to stud this year.”

Rosemont has also announced fees for the emerging young stallion Toorak Toff.  The multiple Group 1 winner will stand at $8,800 (inc gst) on the back of some encouraging performances from his first crop 2yos.

“He hasn’t yet had 10 runners but he has had a winner and place getters in $100k and $70k races and there isn’t a trainer with one that isn’t excited about what the progeny will do as 3yos,” Mithen said.  “His second crop yearlings sold up to $95k which is a substantial return for breeders off this year’s fee of $8,800.

Starcraft will once again be based at Rosemont and a price drop to $6,600 should see the five-time Group 1 winner be extremely busy.  “He is priced at the breed to race market, but his commercial returns are staggering.  And no wonder given he churns out winner after winner.  Barely a day goes by without a Starcraft winning somewhere.

“He had the sale topper in Hong Kong at their recent sale at $1.50 million and sold multiple yearlings for $130,000 in the domestic market,” Mithen said.  “You could breed a mare with your eyes shut and make money at this price. We will once again be supporting him with some lovely farm-owned mares.”

For further information on any of the stallions, please contact Anthony Mithen on 0413 486 767 or amithen@rosemontstud.com.au 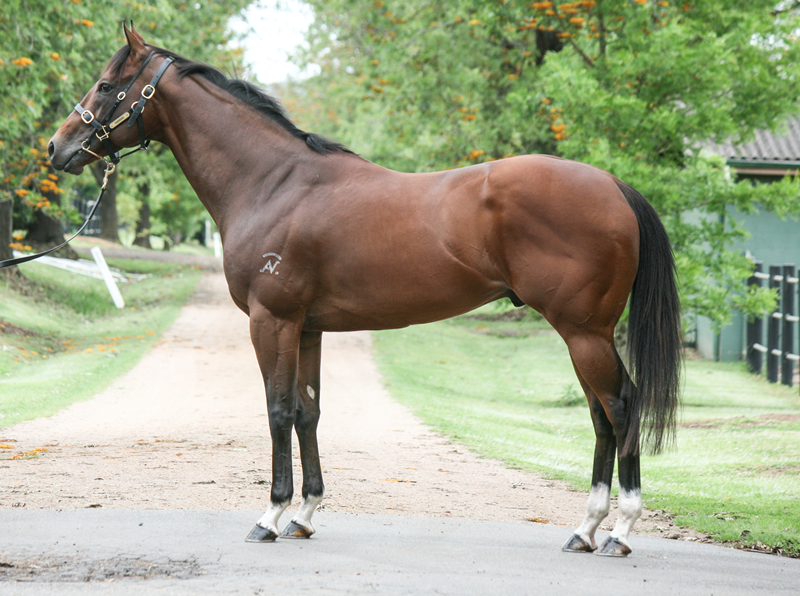