Last Saturday’s result increased her earnings to $1.14 million and it was also part of an interstate double for Bob and Sandra Peters.  Perth’s leading owner-breeders also won with King River (Haradasun) at Belmont to bring up 100 wins for the first time in a season.

Real Love had shattered the Doomben track record in the G3 JRA Cup (2000m) on May 14 and was the highest rated winner of the G3 Premier’s Cup since Coalesce (Zabeel) in 2006.

Regular partner Brad Rawiller believes the rising six year-old is still improving despite racing at least once every month since last October.  “She’s ticking along beautifully and it’s a credit to Darren Weir and his team at Warrnambool,” he said.  “She’s a real professional and I can’t wait for the Brisbane Cup – 2400 metres is her pet distance.”

Her dam Flaming Heart was a Group 3 winner Caulfield and she also foaled Heart Starter (Domesday) to win the LR Lex Piper Stakes (1600m) and LR Roberts Stakes (1800m) at Ascot in March.

Desert King (Ire) stands at Euroa-based Lauriston Park in association with Julie Nairn for a $6,600 (inc gst) service fee.  “It is hard to believe he’s 22,” Nairn said.  “He was scooting across the paddock like a youngster when I last visited Lauriston Park.

“Desert King has been a very good stallion to breeders over the years,” Nairn continued.  “His pedigree is world class and he comes up with another good horse every year.” 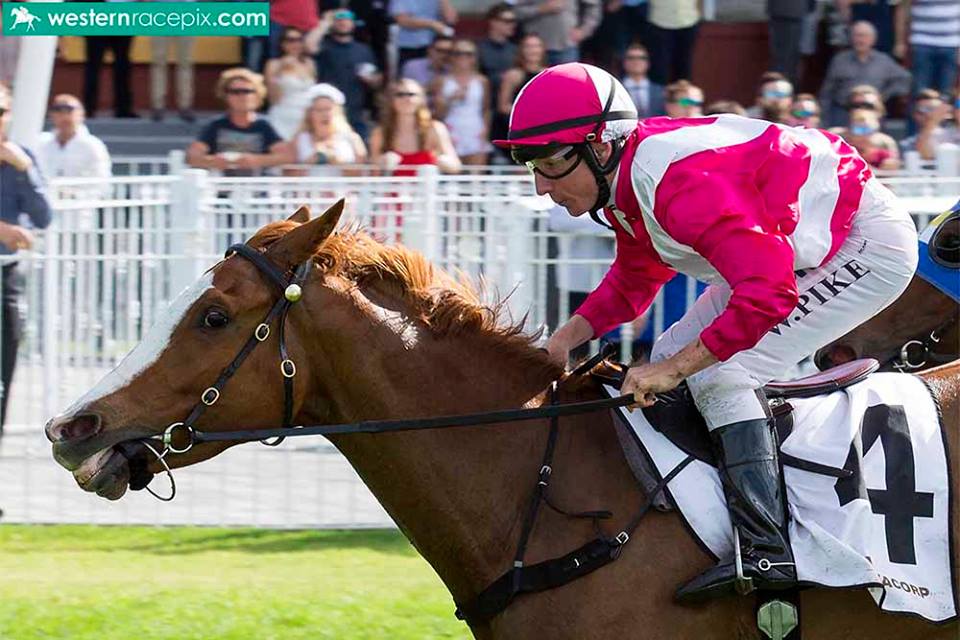