Testa Rossa mare Enticing Star extended her unbeaten run to 7 from 7 at Belmont on Saturday and the Vinery sire will be back in the spotlight when his stakes-winning sprinter Ellicazoom parades at the Perth Magic Millions Winter Sale this Sunday.

Enticing Star started a $1.22 favourite in the Furphy Hcp (1200m) and gave her rivals weight and a beating when stepping out for final time this season.  Owner-breeder Bob Peters dropped a bombshell after the latest victory by confirming he had received offers to start her in the $13 million The Everest (1200m) at Randwick on October 13.

“One of the slot-holders has called a couple of times but it won’t happen,” Peters said.  “She hasn’t been up against anything like those horses in The Everest.  We will bring her back after a spell and keep to the shorter races at the Ascot carnival.”

Ellicazoom is a late supplementary entry for the Perth Winter Sale and will attract interstate attention when she goes under the hammer on Sunday for Ridgeport Syndicate manager Santo Guagliardo.

A $180,000 buy at the 2015 Gold Coast Magic Millions, she is a Testa Rossa half-sister to New Zealand stakes performer El Doute.  Their dam Ellicorsam was a Group 1 winner of 2006 Robert Sangster Stakes at Morphettville.

Ellicazoom will be offered as a racing and breeding prospect.  She won the 2016 Burgess Queen Stakes LR at Ascot and in her first eastern prep was beaten a lip in Angus Armanasco Stakes Gr.2 at Caulfield and Kewney Stakes Gr.2 at Flemington.

Testa Rossa maintained a winning strike-rate of 73% throughout his stud career at Vinery.  He’s now in semi-retirement after covering 26 mares last year. 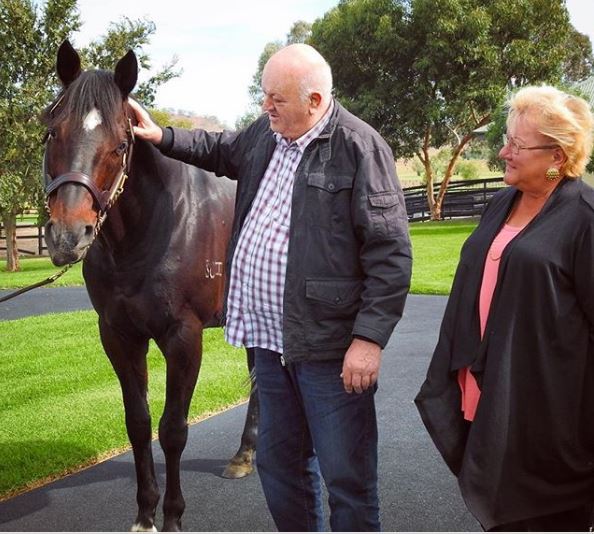