Headwater’s first-crop foals continued to catch the eye when the sales season moved to Melbourne this week.

His colt from Magondo (Trotamondo) made the Top 10 leader-board on Day 2 of the Inglis Great Southern Sale.  Offered by Glenelg Park (as agent), he was purchased by Randwick Bloodstock Agency (FBAA) for $72,000.

The Vinery sire has been popular this year after topping the first-season leader-board at the Inglis Easter Sale in April while another colt went for $170,000 at the Magic Millions National Sale in May.

“I’ve been very impressed with his foals,” Randwick Bloodstock agent Brett Howard said at Oaklands.  “We tried to buy a Headwater without any luck in Sydney and the Gold Coast so we’re chuffed to get this one.

“Headwater was a top-class sprinter and has imparted his good looks.  We’ve bought this colt for a client and will prep him for the Magic Millions in January.”

Glenelg Park’s Danny Swain bred and raised the colt at Euroa.  “We’re very happy with that result.  The feedback for Headwater was positive at the Gold Coast and there was plenty of interest in him here.”

Headwater (More Than Ready) has achieved those foal returns off a $16,500 (inc gst) fee and breeders can book into him for the same price at Vinery this year. 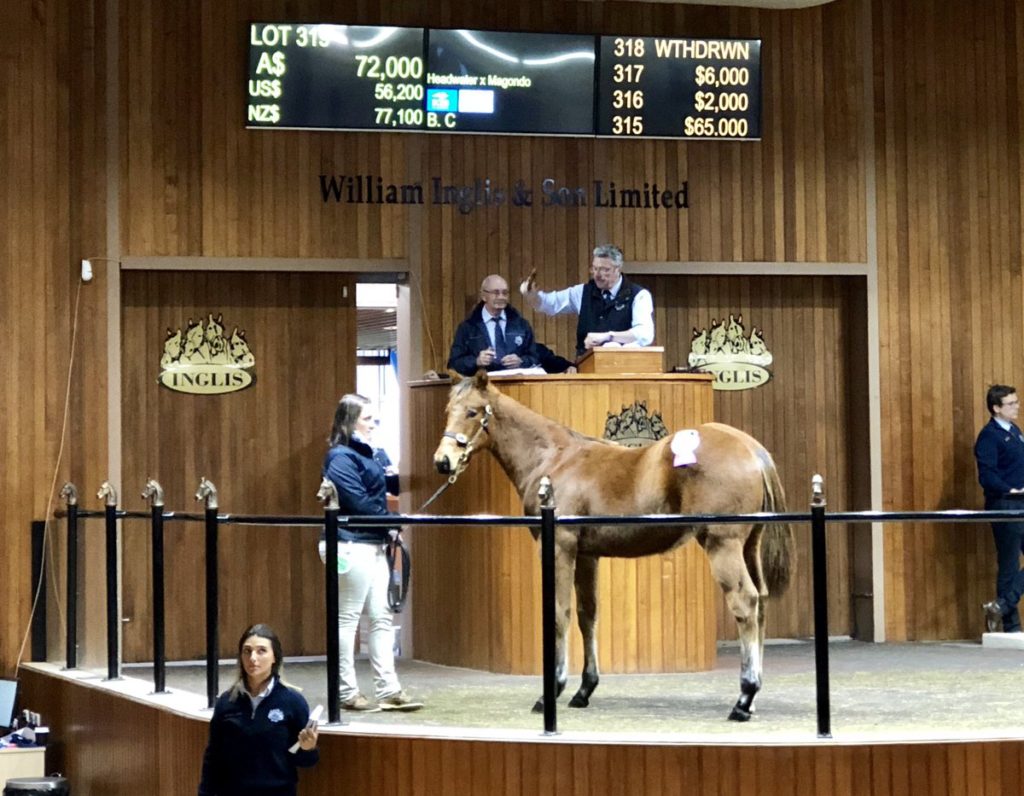