The stars are aligning for All Too Hard in New Zealand next month with his comeback galloper Demonetization and exciting filly Babylon Berlin.

Demonetization won again at Matamata last Saturday and he’s on track for the Tarzino Trophy Gr.1 at Hastings on September 19.  Babylon Berlin will also be set for a black-type assignment on the opening day of the Hawkes Bay carnival following her super debut at Arawa Park on Wednesday.

Babylon Berlin started a long odds-on favourite after impressing at the trials and was never out of second-gear winning the Macmillan Accountants Stakes (1100m).  She jumped straight to the front on a Heavy 11 surface and only needed a tap on the shoulder at the furlong to win by more than four lengths

“The mud is a great leveller.  Sam (Collett) said she hated the track and won purely on class,” trainer Ben Foote reported.  “I was going to run her at Taupo last week but she drew wide.  She had to start today because we have other targets and needed some rating points.”

“The Gold Trail Stakes (Gr.3) is the race that we are targeting at Hastings,” Foote said.  “We’re not certain whether she’s a 1000 Guineas (Gr.1) horse, but I will be nominating her for it and see how she comes through the next race or two.”

The Cambridge horseman knows how to train a quality filly having won this year’s Levin Classic Gr.1 with Travelling Light.  She has been nominated to take on Demonetization in the Tarzino Trophy Gr.1.

Closer to home, All Too Hard gelding Behemoth has opened a $4 TAB favourite for the Memsie Stakes Gr.1 at Caulfield this Saturday.  With Craig Williams back on board, he’s drawn to get cover from an inside barrier.

The Vinery sire’s 3yo colt Hard Landing has accepted for the McNeil Stakes Gr.3 at Caulfield after missing an intended run last weekend when the Moonee Valley meeting was abandoned.

All Too Hard’s Group 1 star Alligator Blood was given a good hit-out at the Sunshine Coast trials on Tuesday morning ahead of a first-up start at Doomben on September 12.  He finished second to Secret Spirit without being extended.

“I was hoping he would have settled a little bit better,” trainer David Vandyke admitted.  “But in saying that, Alligator Blood is the sort of horse who knows the difference between Ryan (Maloney) riding him to win and riding him to remain comfortable.” 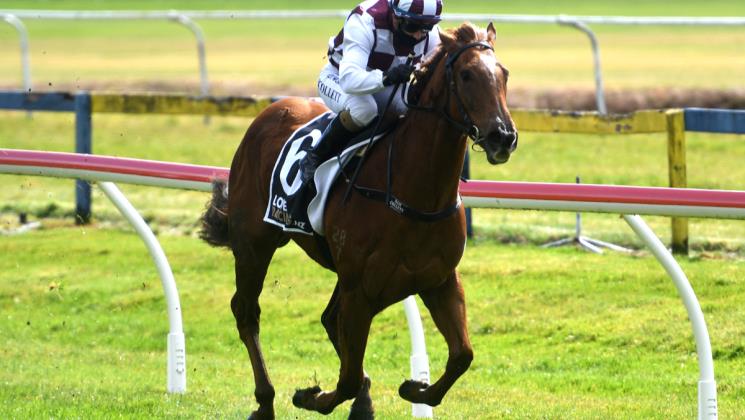