Both yearlings were part of the Blue Gum Farm draft that led the Melbourne Sale with turnover of $5.20 million.  The Euroa nursery also topped the overall leader-board with a $1.10 million Written Tycoon colt sold as agent for breeder Rob Crabtree.

Blue Gum topped the 2020 Melbourne Premier with a $725,000 Snitzel colt on behalf of Oakland Park breeder Neville Duncan.  Subsequently named Bruckner, he finished third on debut in the Black Opal Preview (1000m) in Canberra on February 19.

Unfurl (Raise The Flag) was purchased by Oakland Park carrying a PPT to Street Boss for $75,000 at the 2019 Magic Millions National Sale.  She has a Sessions filly on the ground and was bred back to him in November.

Oakland Park’s Pierro – Ready On Time filly (Lot 276) made $110,000 to Melbourne trainers Trent Busuttin and Natalie Young on Monday.  She is from a More Than Ready winning half-sister to No Wine No Song (G1 Sydney Cup) and Cappo D’Oro (LR Towton Cup).

Ready On Time also has a filly foal by Sessions and was bred back to the Oakland Park resident late last year.

Among other WA breeders represented at the Melbourne Premier were Westbury Park and Forest View Thoroughbreds who both received $90,000 for their yearlings.

Duncan bought Saigon Tea (Thorn Park) in foal to Shalaa (Ire) for $100,000 at the 2019 Magic Millions National Sale.  She won a LR Christmas Cup in Sydney and has a filly foal by Epaulette.

Next week’s Adelaide Magic Millions Sale includes a WA-bred filly by A Lot (USA) from Dawinner (Lot 152).  She was pin-hooked by trainer Gordon Richards for $13,000 at the Mungrup Stud Dispersal last August.

The A Lot filly is being sold (as agent) by Turnagain Horses and she has received two recent winning updates via her older half-brothers Datalka (Pinjarra) and Perfect (Singapore). 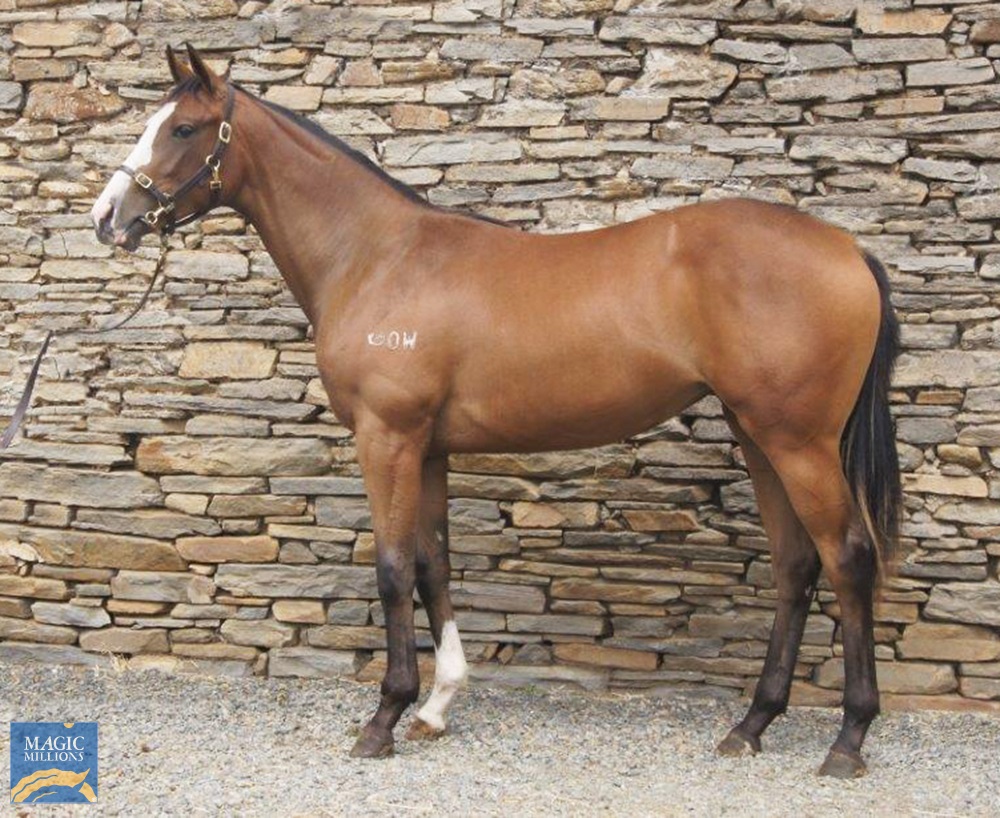 A Lot – Dawinner filly going under the hammer in Adelaide next Tuesday, March 9