Vinery Bloodstock Manager Adam White said it’s an exciting time with Ole Kirk and Exceedance on the threshold of their stud careers alongside proven Group 1 stallion All Too Hard and rising stars like Headwater and Star Turn.

“It’s a young roster and we’re very happy with the line-up. The yearling sales produced more positive results for our sires and prizemoney increases continue to keep the industry buoyant. The interest we’ve received points to another good season but we’re mindful of breeders and have tried to keep our fees reasonable.”

With that in mind, Vinery is looking to the future with a roster tailor-made for every broodmare owner.

“He’s an exciting stallion prospect and provides a vital outcross to mares from the Danehill sireline,” White said. “He was certainly the best colt of his generation, and being such a good match for so many mares gives him the best opportunity.”

Ole Kirk was trained by Team Hawkes to win the Talindert Stakes (LR, 1100m) at Flemington as an autumn 2YO and he returned to win Group 1 Golden Rose (1400m) in Sydney and Group 1 Caulfield Guineas (1600m) in Melbourne as a spring 3YO. The only other horse to completed that double since the inaugural Golden Rose was The Autumn Sun in 2018.

Ole Kirk was named Champion 3YO Horse of the Year in 2020-21 and his dam Naturale (Bel Esprit) adds another dimension being that she’s a full-sister to our best-ever sprinter, Black Caviar. Their breeder Rick Jamieson put his Group 2 winning mare La Passe (Street Sense) at the front of the queue for an Ole Kirk cover last year.

“I’m confident Ole Kirk will play a major role at Vinery,” Jamieson said. “I predict he’ll be a great speed stallion of the future.”

All Too Hard is arguably the best value for money sire in the Hunter Valley at $38,500 (inc GST).

A relatively small increase in his fee this year only goes some way to equal his elevation into the Australian Top 10 tables for prizemoney and winners. “I tell breeders All Too Hard is the sort of stallion that can set your young mare up for the future,” White explained. “He has sired three Group 1 winners this season – Behemoth and Forbidden Love here and Wellington in Hong Kong.”

His success in Hong Kong has been remarkable and Wellington, who is widely touted as Hong Kong’s best sprinter, can go back-to-back in the Group 1 Chairmans Chairman’s Sprint Prize this Sunday.

All Too Hard’s overall statistics are nothing short of sensational with just five full-crops racing. His 22 individual Stakes winners headline a record of 100 individual winners in each of the last four seasons. Only four other active horses have managed this; I Am Invincible, Snitzel, Written Tycoon and So You Think.

That’s been reflected in 2022 with his yearlings selling to $320,000 off a 94% clearance-rate at the five majors (Gold Coast Magic Millions, Inglis Sydney Classic, Inglis Melbourne Premier, NZB Karaka 1 and Inglis Sydney Easter).

Explosive sprinter Exceedance remains unchanged at a $33,000 (inc GST) fee this year after being fully subscribed with an average of 148 mares in his first two books.

A son of breed-shaping sire Exceed And Excel, he accelerated to score devastating victories over Bivouac in the San Domenico Stakes Gr.3 at Rosehill and the stallion-making Coolmore Stud Stakes Gr.1 at Flemington.

His first foals received widespread praise so it’s no surprise that there’s a lot of anticipation surrounding his first weanlings, who will head to the upcoming sales at the end of the month.

“His first foals are athletes with scope, strength and substance,” White reported. “We’ve been really impressed and the feedback from our clients has been terrific.”

“We sent seven mares to Exceedance and the filly from Miss Toorak Toff is as good a foal as you could want.  His filly out of our ‘Vinnie’ mare Bim Bam Boom looks a very sharp type, too.”  Ryan McEvoy / Rosemont Stud

“We’re very happy with the colt from Awesome Planet. The mare’s not overly big but Exceedance has put some size into him.” David Morrissey / Cannon Hayes Stud

“Exceedance is a big chance at stud when he leaves foals like our filly from Lovetorn. She’s all quality with a fantastic action.”  John Kenneally / Erinvale Thoroughbreds

A brilliant Group-winning sprinter himself, Star Turn has sired Stakes winners the calibre of Miss Hipstar and Me Me Lagarde while Startantes can make amends for a narrow Group 1 loss at Randwick earlier this year at the upcoming Brisbane winter carnival in the Stradbroke Hcp and Tatt’s Tiara.

Star Turn’s Group 3 NZ filly La Bella Beals is also booked for a flight to Brisbane following her brilliant first-up victory last month. His Hong Kong expat Cordyceps Six is ready for a rise into black-type company on the back of a 50% winning strike-rate in 10 starts. “I think he’s one of the best three-year-olds we’ve seen in several years,” trainer Richard Gibson claimed. “He shows a lot of class and has a very good future.”

Star Turn had the highest 2YO winning strike-rate of all Australian sires in 2020-21 at better than 46%. That was 11% higher than Snitzel and 17% higher than I Am Invincible!

“His first-season figures were amazing and he’s backing it up this season,” White said. “His clearance rate at the major sales this year was 94% and they averaged over six-times his current service fee.”

Now with his third crop racing he is again the leading active sire by winners in his cohort. His ability to consistently get a high-volume of winners has also transferred into his ability to produce high-class Stakes winners like Jamaea, Wisdom Of Water, Mileva and Starlight in Singapore.

From his first two crops there have been 86 individual winners of 171 races to date, which stands up against any of his Australian-based contemporaries who retired in 2016. That was reflected at the major yearling sales this year where he achieved a 100% clearance rate at an average of $101,000.

Headwater blends “Speed on Speed” as a son of Exceed And Excel and Group 1 Oakleigh Plate winner River Dove.  Befitting that pedigree, he won a Group 2 Silver Slipper Stakes at two and trained on at three to defeat older horses in a Stakes sprint down the straight-six at Flemington.

Headwater has averaged over 140 mares per book since retiring to stud and those numbers have set up a successful career for the phenomenal looking bay at Vinery.

Underrated sire Press Statement comes in under the radar at an $8,800 (inc GST) fee this season.

An undefeated Group 1 winner at two who returned to capture the time-honoured Group 1 Caulfield Guineas at three, he sired 15 individual winners in the month leading up to Easter to go Top 5 among Australia’s third crop stallions in the winners and wins categories.

He’s a son of the ill-fated Champion Australian First Season sire Hinchinbrook and is a half-brother to Group 1 winner Pressday and the dam of Sydney Group performer Maurice’s Medad.

Vinery stalwart Casino Prince stands for a $5,500 (inc GST) fee and they don’t come much better for owner-breeders looking for value this season.

Casino Prince has sired 21 individual Stakes winners topped by Vinery Champion All Too Hard and his overall winners-to-runners is bubbling just under a sky-high strike-rate of 70%.

His average earnings per starter is over $93,000 (over 18x his fee) and he’s siring multiple winners of the popular Highway and Midway Handicaps in Sydney.

Payment on live foal.  All fees include GST. 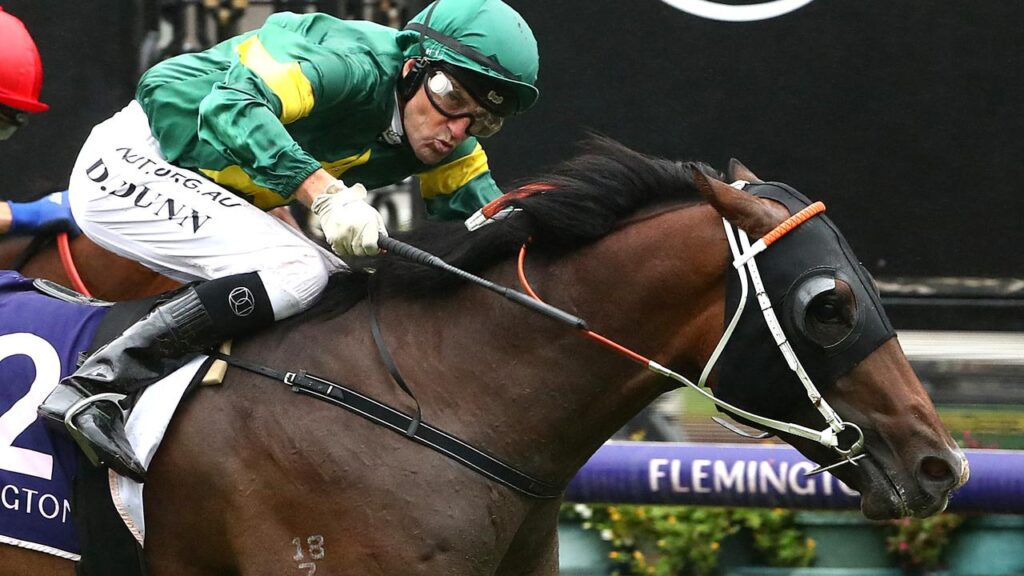