Outrageous was overdue to win black-type for All Too Hard and his owners in the Festival Stakes Gr.3 at Rosehill on Saturday.

The Team Hawkes galloper had come close on a couple of occasions before the breakthrough in Sydney.  He had won first-up at Flemington on Melbourne Cup day and will be on a hat-trick in the Villiers Stakes Gr.2 at Randwick on December 12.

Outrageous is the 19th stakes winner by All Too Hard.  The Vinery champion had sired his 250th individual winner earlier in the day when Mr Gee landed the Neil Paine Maiden Hcp (1600m) at Kembla Grange for owner-breeder Neil Werrett.

Werrett is also in the Outrageous syndicate which is managed by Rupert Legh.  “The older he’s got the better he’s got,” co-trainer Michael Hawkes said.  “He had to do it from start to finish today.  It was a tough win and the only thing I told Tommy (Berry) was not to go for home too early.

“He’s only a five-year-old and is sound without any issues.  Stepping up to 1600m in the Villiers won’t be a problem.”

Outrageous is a half-brother to WA Oaks Gr.3 winner Very Tempting (Redoute’s Choice) and their dam Fit And Ready (More Than Ready) is a half-sister to Golden Slipper Stakes Gr.1 winner Catbird.

Vinery (as agent) has catalogued a Snitzel – Fit And Ready colt as Lot 314 for the Gold Coast Magic Millions Yearling Sale on January 13.

In other news for All Too Hard, trainer David Jolly reports Behemoth is back in work ahead of campaign that will include Group 1 targets in the C F Orr Stakes and Futurity Stakes in February.  All going well at Caulfield, he will then be set for the $5 million All-Star Mile at Moonee Valley on March 13.

Behemoth came of age during a spring campaign highlighted by a Group 1 double in the Memsie Stakes and Rupert Clarke Stakes at Caulfield.  “He’s just came back into the stable and is going great,” Jolly said.  “We gave him a month off and probably looks like he has still been in work to be honest.” 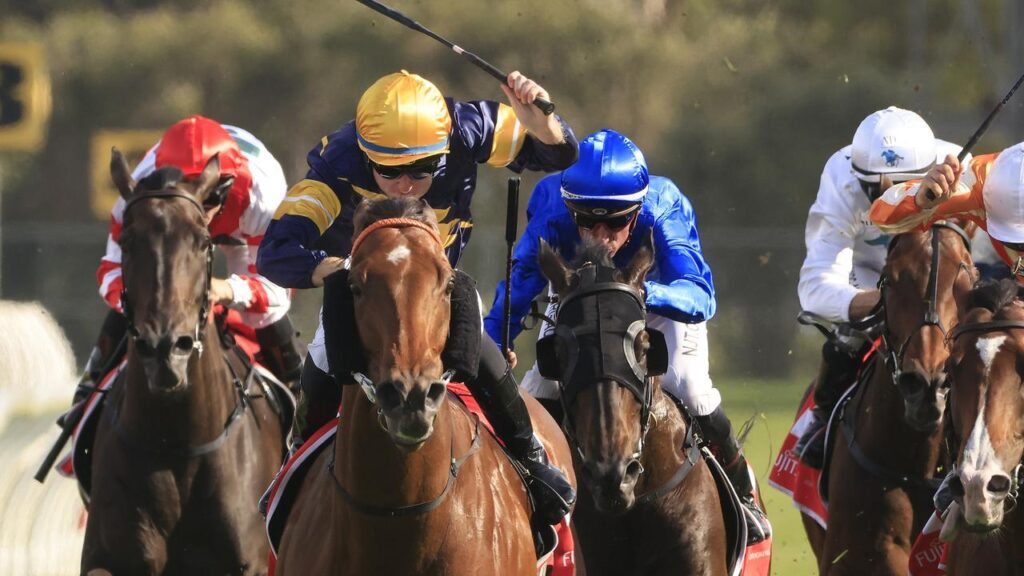