A Belmont maiden winner as recently as June, he was retained by the Anita Vale couple and they own him in partnership with good friends Len and Annette Morton.  “It’s unreal to win this race for Mr and Mrs Anderson as well as for Mum and Dad,” trainer Dan Morton said.  “We were lucky to get a start but I thought we had the ammunition.

“He was three deep with cover and travelling sweetly for Brad (Rawiller).  I thought it would take a good one to get past him.”

The Andersons have built a tremendous black-type strike-rate out of their Mardella property and they bred Elite Street by using Darley sire Street Boss over a daughter of Group 2 winning sprinter Ateates (Zeditave).

The Winterbottom winner has a 2yo half-brother named Elite Icon (Nicconi) with Tony & Calvin McEvoy.  He was a $160,000 graduate of the 2020 Perth Magic Millions through Dawson Stud (as agent).

Catalogued through Alwyn Park (as agent) at the 2019 Perth Magic Millions, Portland Sky made $85,000 to the bid of Mornington trainer Matt Laurie and he holds a nomination for the $2 million Magic Millions 3yo Guineas (1400m) at the Gold Coast in January.

A Melbourne campaign is also on the cards for Elite Street although it will be tall order to emulate Morton’s champion sprinter Scenic Blast who emerged from the west in 2009 to win the G1 Lightning Stakes and G1 Newmarket Hcp.  The Flemington double was a springboard for another Group 1 triumph in the King’s Stand Stakes at Royal Ascot.

“The Winterbottom is one the great sprint races in Australia and I’ve got so much respect for Dan,” Rawiller said.  “He’s a great, great trainer and he was stoked after Elite Street worked on Tuesday.” 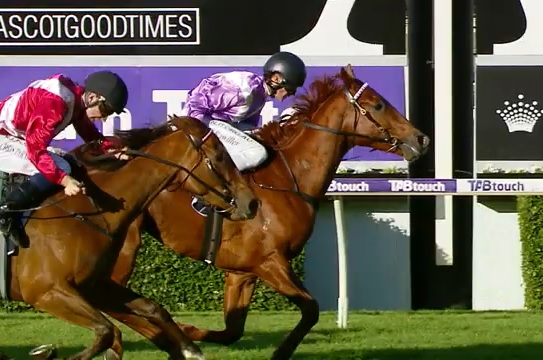