Dovetail Diva went via the cape before cruising home for an outstanding victory on debut in the Mode Maiden Hcp (1110m) at Doomben on Thursday.

The Headwater filly started an odds-on favourite and wasn’t given any favours from a tricky wide gate under Ron Stewart.  Caught three and four wide for the duration, she found a second wind in the straight to score by over a length from front-runner Crymenotears (Spill The Beans).

Dovetail Diva (2f Headwater – Moodlighting by Mossman) had won a Deagon trial by four lengths last week and delighted trainers John Symons & Sheila Laxon with her speed and resilience when facing the starter for the first time.  “That was excellent.  Ron’s rival jockeys weren’t prepared to let him have it all his own way,” Symons said.  “She seemed to lose stride on the corner but always looked like reeling in the leader under firm but kind riding.

“This girl looks like a 3yo already and is an exceptional mover.  She’s a big, brave, tough filly.  She’s been in work since the start of the season in preparation for the Magic Millions 2YO Sale in November.  That’s surely a great indication that she will be able to improve and take the next step during the winter carnival.

“The Headwaters are going from strength-to-strength and I can’t believe we got her for $60,000 at that HIT Sale.”

Symons and Laxon operate Esprit Stable on the Sunshine Coast and they went back and bought a Headwater colt for $130,000 at the Gold Coast Yearling Sale last month.  His dam Scottish (Testa Rossa) is a half-sister to Chelmsford Stakes Gr.2 winner Nevis.

WA filly Heavenly Waters can give Headwater another late update for the Inglis Classic Sale after receiving a late reprieve to run in the Magic Millions 2YO Classic (RL, 1200m) at Pinjarra on Saturday.  The Albany-based youngster was an unlikely starter until State Premier Mark McGowan eased COVID lockdown restrictions on Friday.

Headwater has five yearlings from his home base among an overall consignment of 21 lots to the Inglis Classic Sale starting this Sunday.  His Vinery barn-mate Press Statement also weighed in with an impressive winner on Thursday ahead of his own draft of 9 lots at Riverside Stables.

Equation (3c Press Statement – Purcentage by Onemorenomore) won a winter juvenile at Randwick last season and he resumed with a first-up victory for new trainer Annabel Neasham at Gosford.  “He lumped 61kg in fine fashion and it was a cool ride by Tommy Berry,” Neasham said.  “He’s a colt with a bright future.”

Bred by China Horse Club, Equation cost Aquis Farm $110,000 at the 2018 Magic Millions National Foal Sale.  His dam won a NZB Pearl Series (1200m) at Avondale and was placed in a LR Ryder Stakes at Otaki. 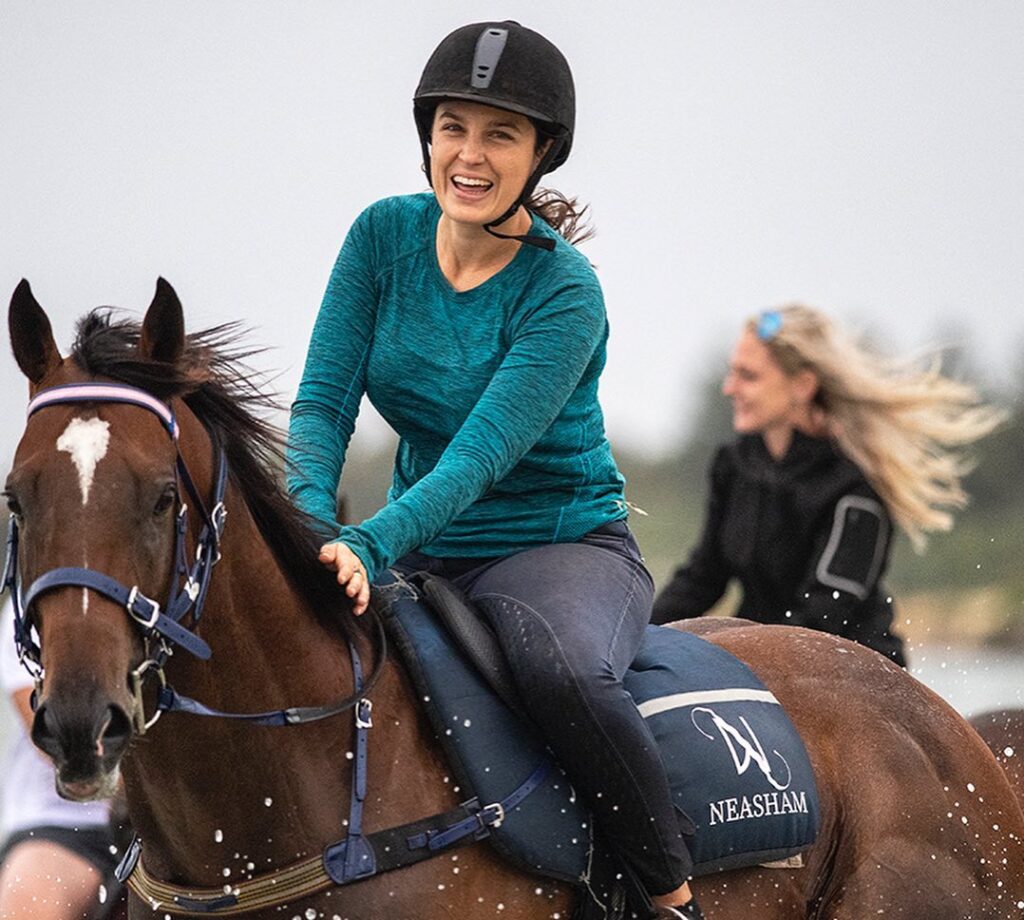