Arrowfield Stud has announced Paul Messara will take up the position of its Manager as from Friday, August 1.

Messara, 35, knocked back a training partnership with Gai Waterhouse earlier this season.  He lives at the Stud with his wife Alice and their young sons Frank and John.

“I’m looking forward to returning to the Stud business,” he said while confirming an intention to reduce the number of his racehorses.  “I’m very grateful for the support of outstanding stable staff and wonderful owners while training here for the past eight years.”

Messara received a home-grown apprenticeship under his father, Arrowfield Chairman John Messara, and in stints at the Irish National Stud and Shadai Stallion Station.  He has trained 21 stakes winners topped by the Group 1 mares Ortensia and Alverta.

As part of a restructure of operations at the Arrowfield Group, its off-shoot Bellerive Stud has been fully integrated into Arrowfield Stud and is now known as the Arrowfield Broodmare Farm.  All of the Stud’s yearlings will now be sold under the Arrowfield banner. 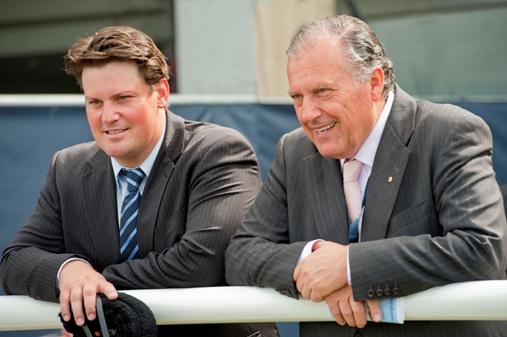