Vinery Stud fairly floated down the Hume Hwy on Tuesday with its consignment of 10 yearlings for the Inglis Premier Sale in Melbourne.

Fresh from a Group 1 Blue Diamond Stakes victory with Artorius on the weekend, Vinery will commence inspections at Barn C on Wednesday morning.  Resident sires All Too Hard (4), More Than Ready (2) and Star Turn (2) are represented as well as I Am Invincible and Shalaa.

All Too Hard yearlings averaged $135,000 at Oaklands in 2020 and among his draft this year is the filly from Proposal (Lot 257).  Her dam is a More Than Ready half-sister to Sacred Choice who was a Group 1 winner in Melbourne (Myer Classic) and Sydney (Doncaster Hcp).

“We always look forward to Oaklands and this filly is a quality first foal,” Vinery’s bloodstock manager Adam White said.  “The All Too Hard – More Than Ready cross is really working and More Than Ready-line mares have considerable residual value.”

Vinery purchased Sacred Choice privately following her Group 1 double and her colt by Star Turn has been catalogued as Lot 301.  He’s an eye-catching chestnut and is bred on a similar cross to Inglis Millennium RL placegetter Pegasi.

Vinery’s More Than Ready filly from Kiwi-bred mare Liten Princess (Lot 143) also owns a Group 1 pedigree through her dam’s sister Ruud Awakening (NZ Diamond Stakes).  “She is a standout physically,” White declared.  “A lovely, athletic filly who should get up and go early.”

All Too Hard has another two colts who could be bargains for early-birds on Monday morning.  Lot 267 is a half-brother to Special Missile (Scone Cup LR) and Lot 271 is from a sister to Stirling Grove (SA Sires’ Produce Stakes Gr.3).

On Monday afternoon, Vinery offers an All Too Hard colt from Antelope (Lot 485) who is a sister to Miracle Of Life (Blue Diamond Stakes Gr.1).

Champion sire I Am Invincible averaged $544,545 to top the leader-board at the Gold Coast Magic Millions with Vinery contributing $700,000 for a colt out of Mousai (Fastnet Rock).

Vinery’s I Am Invincible at Oaklands is the first foal of NZ 1000 Guineas Gr.1 winner Risque (Darci Brahma).  “He’s an attractive colt and a lovely mover,” White said of Lot 287.  “He has a big page and hopefully it’s a big result.”

Vinery is also striking while the iron is hot with promising first-season sire Shalaa (Ire).  They sold colts by him for $470,000 and $320,000 at the Magic Millions and there’s another one from Volcanic Eruption (Lot 428) at Oaklands.

“Our graduates have built up a great record over the years at the Premier Sale,” White added.  “We had a bit of luck with Shalaa on the Gold Coast and this colt should sell well in Melbourne, too.” 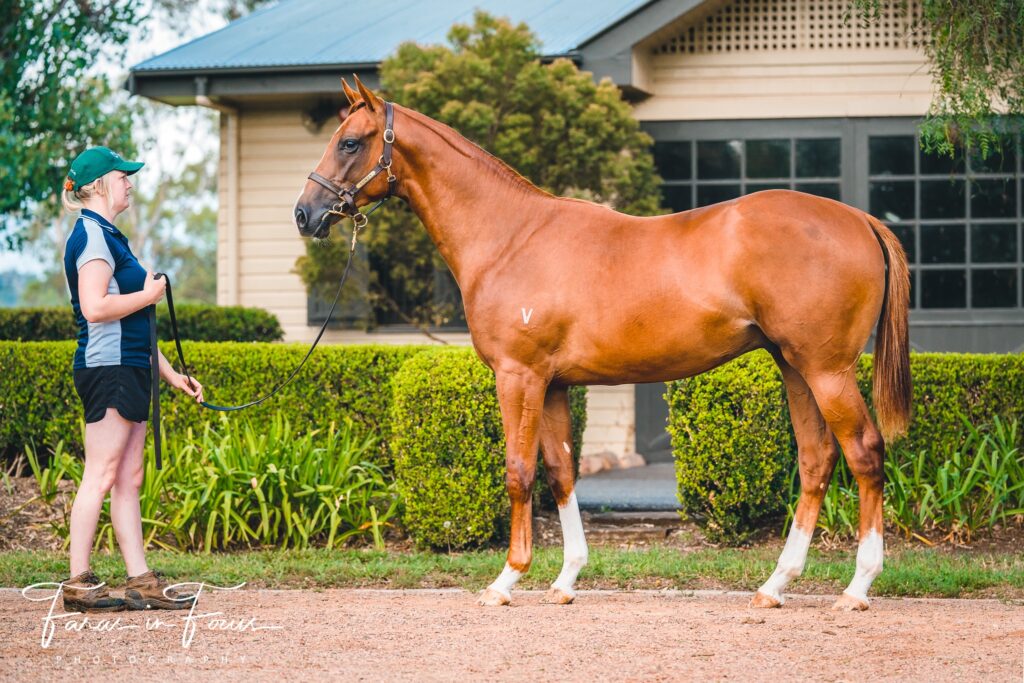