Vinery partner Greg Perry bred his latest classic winner when Johnny Get Angry (NZ) claimed the Victoria Derby Gr.1 last Saturday and he’s on a roll after doubling up in the partnership that bred Exhilarates and Outrageous at Flemington on Tuesday.

Three winners on the first two days of the Melbourne Cup carnival is a bit special and Perry is hoping there’s more black-type when Bonvicini and Aristia line up in the Matriarch Stakes Gr.2 over 2000m this Saturday.

“I study pedigrees for hours on end and bred Johnny Get Angry by using Tavistock over our Zabeel mare Luminova,” Perry said.  “His half-brother by Almanzor is entered for NZ Yearling Sales in January but we had some bad luck when the mare’s foal by Reliable Man died earlier this season.

“We sold Johnny Get Angry for $50,000 at Karaka.  There was talk of him running in the Mackinnon Stakes this Saturday but they’ve done the right thing and sent him up to Blue Gum Farm for a spell.”

Perry breeds and races under the Greenwich Stud banner and has been a member of Vinery’s ownership group since 2005.  “It’s tremendous being aligned with the stud,” he said.  “We’ve raced Group 1 winners like Samaready, Bel Mer and Exceedance who is covering his first mares there this year.”

The Vinery team bred and sold Exhilarates to Sheikh Mohammed for $600,000 at the 2018 Gold Coast Magic Millions and the Snitzel mare has returned over $2 million following a Listed victory in the MSS Security Sprint on Melbourne Cup day.

At the other end of the scale, Perry was delighted to see his homebred 3yo filly Patino Ruby win a Muswellbrook maiden on Tuesday.  “She’s by More Than Ready and, just as importantly, is a daughter of Commanding Jewel.  She’s promising and we will give her a spell and let her develop.”

Commanding Jewel (Commands) won a Thousand Guineas Gr.1 for Perry and is a half-sister to champion filly Atlantic Jewel (Fastnet Rock).  “I breed from around 30 mares and usually sell most of their progeny.  I do retain some of the fillies to keep the bloodlines going and that’s why we kept Patino Ruby.”

Bonvicini (Myboycharlie) is another homebred and goes into the Matriarch on the back of an unlucky fourth in the Tesio Stakes Gr.3 at Moonee Valley.  She had won the Morphettville Guineas LR and The Vanity Gr.3 at Flemington last season.

Aristia (Lonhro) disappointed last time out in the Cranbourne Cup but reserves her best for Flemington where she was a Group 1 winner of the 2018 Victorian Oaks.  Perry kept a share with First Light Racing after selling her for $80,000 through Vinery’s consignment to the 2017 Inglis Easter Sale.

Perry might have to think twice about selling them if he receives the same feedback as Bonvicini from Vinery Stud’s Bloodstock Manager Adam White.  “Adam phoned before the yearling sales and said she really looked the part running around the paddock.  I took his advice and hopefully it can pay off once again this Saturday!” 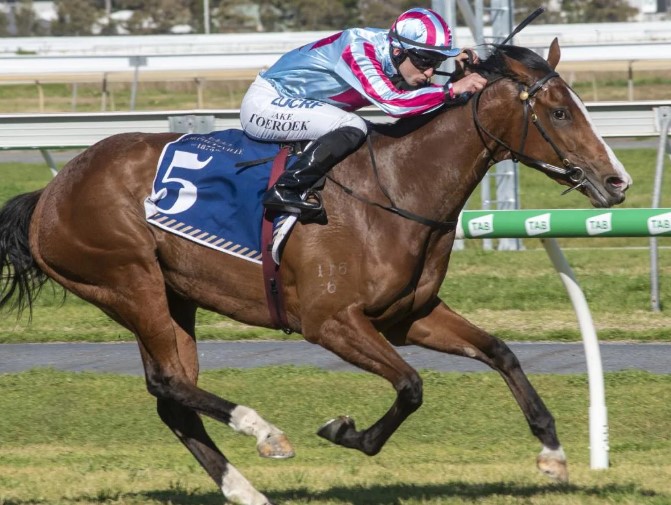