Miss Hipstar showed speed and race savvy for an all-the-way victory in the Mirvac Tulloch House Hcp (1110m).  After firming from $26 into $5.50, the Kelly Schweida-trained filly flew the machine from an outside barrier and was leading on the fence after a furlong.

“Once we hit the front, she switched off and got into a rhythm,” jockey Larry Cassidy said.  “She’s so relaxed and won with her ears pricked.  She could be an Oaks filly.”

Star Turn getting a 2yo winner by November was expected but siring a filly with classic potential will be an added incentive when his second crop yearlings parade at the majors in 2021.

Schweida is already looking ahead to the $2 million Magic Millions 2yo Classic (1200m) at the Gold Coast on January 16.  “Who knows if she can take the next step but she’s got good gate speed and doesn’t have to lead.  I think she’s going to be a good chaser.”

Miss Hipstar was bred by Vinery partner Steve McCann (Encompass Bloodstock) and sold through the stud’s draft for $150,000 at the 2019 Gold Coast Magic Millions.  Her dam Single Style (Not A Single Doubt) was a 2yo stakes winner of the Keith MacKay Hcp LR at Randwick and she has a yearling filly by More Than Ready.

“We loved her at the sales, she wasn’t overly big, but when we broke her in, she took off,” Schweida added.  “Her work on Tuesday morning was super.  She’s just a natural racehorse.”

Star Turn had been knocking on the door in the first few weeks of the new juvenile season with placegetters Astrologer at Randwick (3rd Breeders’ Plate Gr.3), Stellar Magic (Brisbane) and Galaxy Cat (Perth) while Lindsay Park filly Mortal Witness was 4th in the MVRC Inglis Banner RL in Melbourne.

“That’s the first of many Stars to come!” Vinery’s Harry Roach said.  “Miss Hipstar was ultra-impressive and looks to have a very exciting future.” 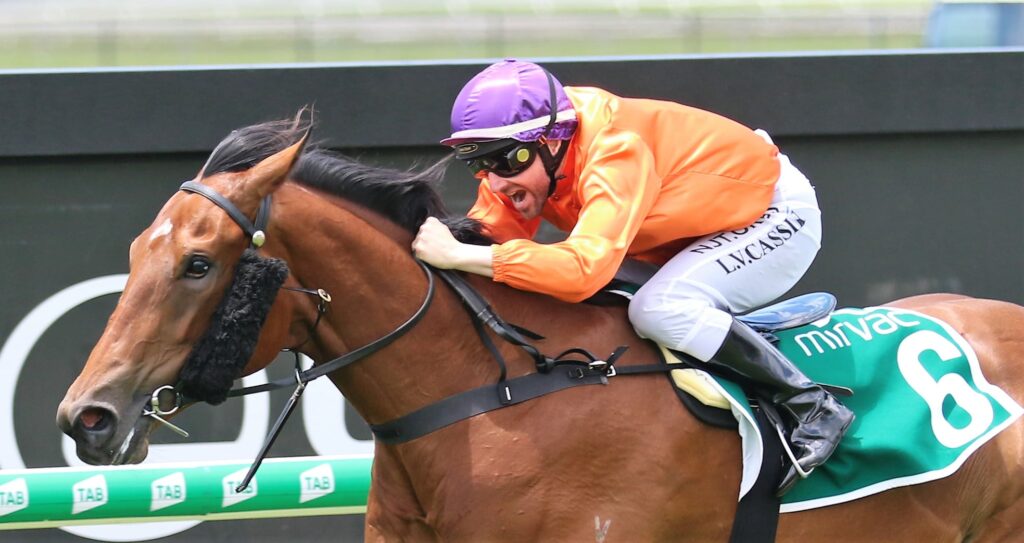