Gingerbread Man signed off January with an interstate treble and he can keep raising the bar in February at Pinjarra’s Magic Millions meeting this weekend.

The Yarradale Stud sire doubled up at Ascot last Saturday with Phanta and Double Spice on either side of another pay-day for his Melbourne-based mare Okay To Pay.

Phanta led under a hold in the Karen Haynes Hcp (1400m) and had enough left in the locker to fend off Kendel’s Mee Dad (Kendel Star).  A Gangemi Racing galloper, his only unplaced runs to date have been in the G2 WA Guineas and LR Fairtha Quality in November 2020.

“That’s a great start to the day and it was a much deserved win,” Gangemi Racing reported.  “He did it all-the-way in fine style and was aided by a great ride from Brad Parnham.”

Double Spice split runners in the straight to land the money in the Crown Perth Hcp (1200m) and favourite punters had ‘Lucky’ Ramoly to thank for collecting the cash.

“I love Lucky.  He’s a top rider but it was heart-in-mouth before the run came,” Goldfields owner-trainer Neil Dellar said.  “He’s been going really well down at Esperance and we were confident today.  I get all my horses from S.J. (Miller).  He’s a legend and all they’re all competitive around Kalgoorlie and Esperance.”

Long-term, Double Spice will bid to quality for the $100,000 Sky Racing Provincial Championship Final (1400m) at Belmont in May.

Bred and sold by Yarradale Stud for $50,000 at the 2018 Perth Magic Millions, Double Spice is a Gingerbread Man full-brother to G2 Karrakatta Plate winner Ima Single Man who finished a creditable fifth in the HK$12 million HKJC Classic Mile at Sha Tin on Sunday.

At Moonee Valley, Okay To Pay overcame an awkward start to improve her strike-rate to 5 wins in 8 starts in the Measure Engineers Hcp (1000m).  “She wanted to go too fast in that ground and dipped a couple of times,” jockey Madison Lloyd said.  “She’s an honest mare and likes to lead but I let the others cross and had to be patient.”

Gingerbread Man galloper Red Fifty Three will put his unbeaten record on the line in the RL Magic Millions 3YO Trophy (1200m) at Pinjarra this Saturday.  Yarradale homebred Almaher Man is another Gingerbread Man with claims for part-owner-trainer Fred Kersley and his wife Judith.

Yarradale has entered two Gingerbread Man yearlings for the Perth Magic Millions on February 22 and 23.  Stud manager Bernie Hamill likes the colt from Storm Sense (Lot 226) and an extra week prepping for the Swan Valley Sale won’t do him any harm being a November foal. 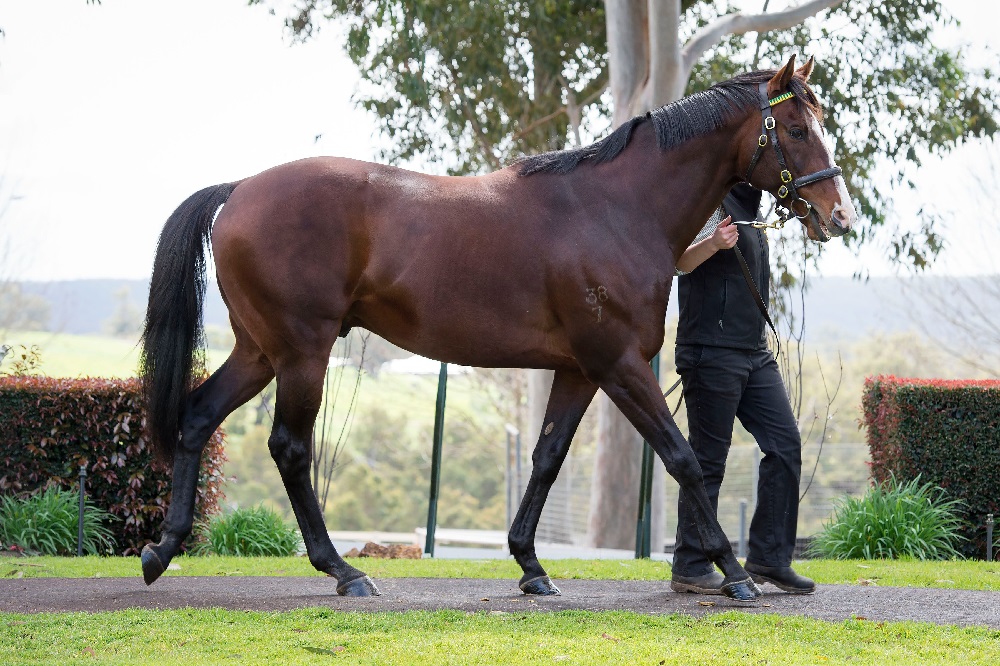