His brilliant Melbourne sprinter Jigsaw got home from a wide draw in the Neds Hcp (1200m) at Caulfield on Saturday.  Loaded with potential, he had returned from an unkind cut to win at Cranbourne earlier this month for local part-owner and trainer Cindy Alderson.

Jigsaw had been placed in the G3 Blue Diamond Prelude at Caulfield and LR McKenzie Stakes at Moonee Valley last year but was hard to manage.  “It’s been an interesting journey,” Alderson admitted.  “He’s always had nice galloping ability but did things differently until he was gelded.”

Comeback jockey Michael Walker said Jigsaw travelled beautifully despite sitting three-wide without cover just off the pace.  “His work earlier this week was outstanding and I told Cindy we could cruise across with his speed.

“I didn’t want to burn the candle at both ends so I bided my time and he actually came off the bridle.  I had to shake him up before the corner and he showed a lot of will and determination to win.”

Manhattan Rain (Encosta de Lago) was a Group 1 winner of the AJC Sires Produce Stakes at Randwick and the best of his 26 Stakes winners to date is Group 1 Golden Slipper Stakes heroine She Will Reign.

He sired Jigsaw from the Alderson-trained Sandown Lakeside winner Demandz (Lonhro) when he was based at Blue Gum Farm.  He’s a half-brother to Champion Australian sire Redoute’s Choice and Geisel Park will introduce him to WA breeders for an $8,800 (inc GST) service fee. 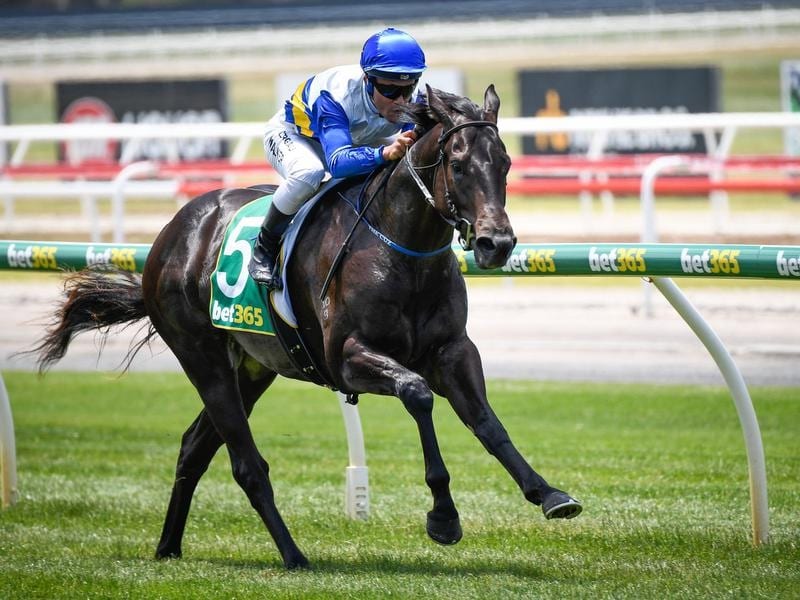