Pierro made a stunning return to racing with a dominant victory in the G3 Run To the Rose (1200m) on Saturday.  Last season’s champion colt is now unbeaten in seven starts.

Pierro (3c Lonhro – Miss Right Note by Daylami) was ridden forward and then accelerated to score comfortably by over a length.  He was racing first-up for owners Greg and Donna Kolivos after completing the 2YO Triple Crown in the G1 Golden Slipper, G1 Sires’ Produce Stakes and G1 Champagne Stakes.

“He’s Australasia’s best colt by so far it’s not funny,” trainer Gai Waterhouse declared at Rosehill.  “Today was his biggest test because I had a slightly lesser time to get him ready and I thought I’m not going to start him until I get him ready – he absolutely wiped the floor with them.”

Pierro was a $115,000 buy for Musk Creek Farm owner David Kobritz as a foal before going under the hammer again for $230,000 at the 2011 Gold Coast Magic Millions.  His dam Miss Right Note is a half sister to Octagonal stayer Laverock who was a G1 winner at Milan and Longchamp.  She has a yearling sister to Pierro and was covered by Street Cry in 2011. 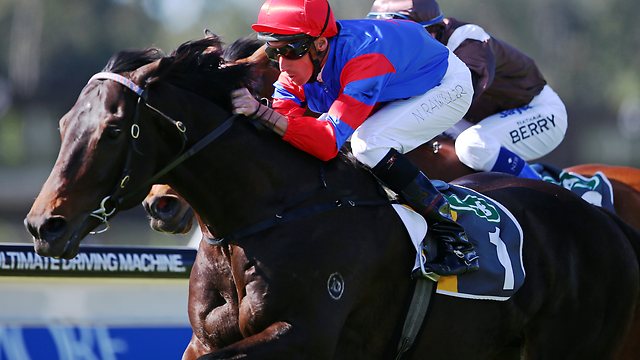