A half-share in Perth 2yo Agent Pippa has been sold to Melbourne businessman Rod Menzies by her part-owners Wes Martin and Nathan Hebbard.

Bloodstock agent Tony Cavanagh (FBAA) negotiated the deal and the Demerit filly will travel east for the G3 Maribyrnong Plate (1000m) at Flemington on Saturday, November 11.

Agent Pippa created a big impression winning the Western Racepix Plate (1000m) on debut at Ascot last month.  Bouncing straight to the lead, she raced away in the straight to win eased down by a length from Princess Pierro.

Cavanagh told West Australian journalist Jay Rooney that Menzies was taken by Agent Pippa’s all-the-way win last Saturday week.  “It was a big effort to win her trial and then win her race,” he said.  “Her grand-dam Develan ran fourth in a Maribyrnong Plate.”

Present plans are for the filly to remain with trainers Ben & Dan Pearce.  “She will be our first interstate starter, so we’re pretty excited,” Dan Pearce said.  “She’s a real professional and hopefully measures up in Melbourne.”

Agent Pippa has another FBAA connection through her dam Female Agent (Commands).  She won at Ballarat and Wyong and was purchased off the track by Premium Bloodstock agent Grant Burns (Federation of Bloodstock Agents Australia) on behalf Taunton Vale owners Kent and Nina Johnston.

They stand Demerit, a Darley homebred by Lonhro, who was runner-up to Black Caviar on debut and returned at three to defeat Manhattan Rain and Starspangledbanner in the G3 Caulfield Guineas Prelude.

Agent Pippa is the first winner from Demerit’s fourth crop.  He stands for a $3,300 (inc gst) fee and has sired the winners of 80 races for earnings over $2.05 million.

Melbourne-based Demerit gelding Don’t Blush Baby can break his maiden in the Latrobe City Council Plate (1100m) at Traralgon on Saturday.  He was collared at the post on debut at Pakenham last month and is destined for career in Hong Kong after making $34,000 from the Taunton Vale draft at the 2015 Perth Magic Millions. 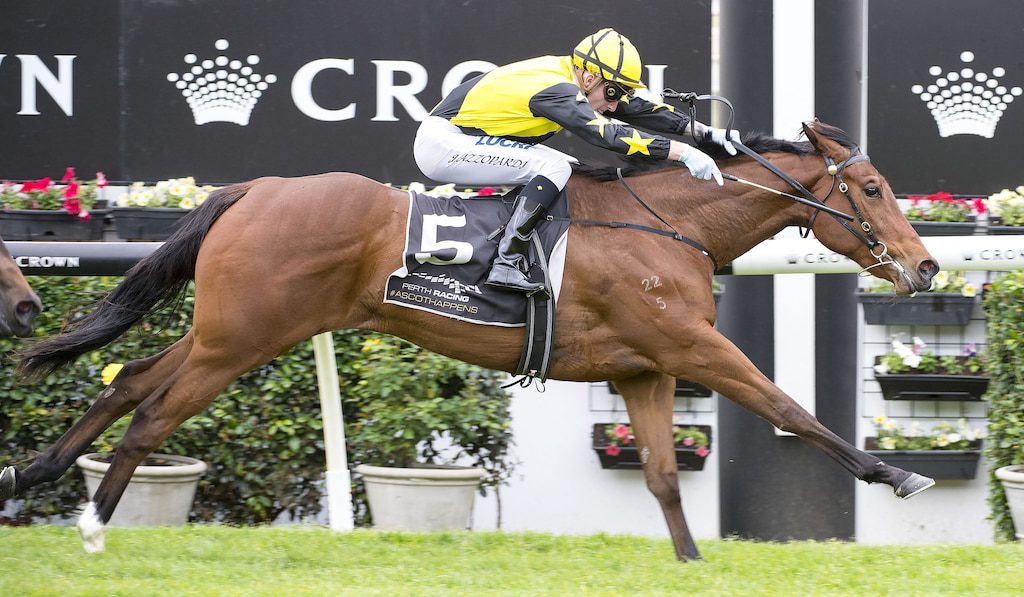