Vinery sire All Too Hard is playing a pivotal role for championship honours as a season like no other comes to a close in Hong Kong.

Alcari gave Ricky Yiu some breathing space at the top of the trainers’ premiership with a drought-breaker in the Lamma Island Hcp (1400m) at Sha Tin on Saturday.  And All Too Hard newcomer Wellington is among the finalists for HKJC Griffin of the Year.

“Every single win counts heavily!” Yiu said after Alcari scored for the first time in two years.  “I sent him to Conghua for a change and quite a few of my horses have run well after going there  That’s all I can put it down to.”

Yiu bought Alcari for $280,000 at the 2016 Gold Coast Magic Millions and the latest win increased his bank balance to AUD 908,000 for Tam Kwok Cheung.  “The owner has been very loyal to me and this horse is a bit of a character.  Go into his box and he will just as likely fight you!”

Alcari’s dam Cariad (Sequalo) won two black-type sprints in Brisbane and another of her winners is Randwick stakes performer Cardiff.

All Too Hard has Wellington in the firing line for Griffin of the Year following a winning treble in January, February and March.  “He looked immature before those first two wins but is beginning to fill out his frame now,” trainer Richard Gibson claimed after the hat-trick at Sha Tin.  “He will pick up the Champion Griffin award and then we can think about next year’s Derby.”

Wellington is from Randwick winner Mihiri (More Than Ready) and sold for $70,000 at the 2018 Gold Coast Magic Millions.  Her yearling colt by Vinery sire Star Turn has been catalogued as Lot 17 by Kia Ora Stud at the Inglis Easter 2 Yearling Sale this Sunday.

All Too Hard’s international strike-rate is even better in South Africa and he can fire a Group 1 salvo with Frosted Gold in the Golden Horse Sprint (1200m) at Scottsville this Saturday.  He was runner-up in the Gold Medallion Gr.1 at his only other run at the track twelve months ago.

Trainer Mike De Kock drops Frosted Gold back in distance after a never-nearer fifth in the KZN Guineas Gr.2 at Greyville on June 7 and he will be hoping the grey jumps on terms from the inside gate.

Vinery will sell the only All Too Hard yearling (as agent) at the Inglis Easter 2 Yearling Sale at Riverside Stables this Sunday.  Catalogued as Lot 36, she is a filly from Joe Pride’s multiple Group 1 winner Sacred Choice (VRC Myer Classic & ATC Doncaster Mile).

Vinery also has two fillies entered (as agent) for the Scone Yearling Sale later in the afternoon.  Lot 217 is the second foal of French import Sagamiyna (Azamour) who is a half-sister to Prix Saint-Alary Gr.1 winner Sagawara.

Lot 307 is out of Brisbane winner Granados (Encosta de Lago) from the immediate family of Group 1 winners Blackfriars and Larrocha. 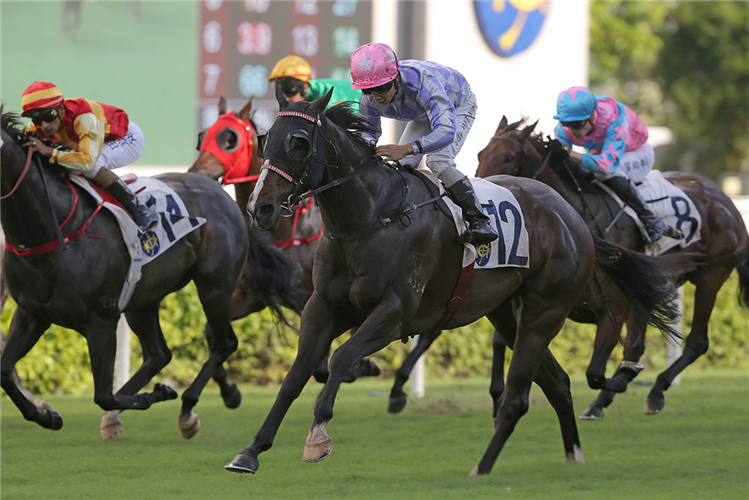