Playing God filled the leader-board when the curtain closed on the Mungrup Stud Dispersal Sale on Tuesday.

His yearling filly from Latoria (Oratorio) topped the bidding when purchased by bloodstock agent Damon Gabbedy on behalf of Robert Crabtree for $110,000.  Her dam is a half-sister to G1 Oakleigh Plate winner Sheidel (Holy Roman Emperor) who races in Crabtree’s successful red and white checked silks.

“This filly has a great running pedigree that’s always capable of throwing a top-liner,” Gabbedy said.  “Playing God is a serious stallion and she will go to Victoria and head to Dorrington Farm to be raced by Robert and Sylvie Crabtree.

“Mungrup Stud has done a fantastic job over the years and has been one of WA’s best breeders.  It will be sad to see the end of an era, but it gives me great pleasure to support them by buying this outstanding filly.”

Perth trainer Neville Parnham bought next best on the leader-board with a $100,000 bid for the Playing God yearling filly out of G3 La Trice Classic winner Vampi Lass (Bletchley Park).  Her second-dam is a half-sister to the dam of Playing God’s Group 1 performer Platoon.

A filly from Oriel (Oratorio) completed the trifecta for Playing God yearlings when making $80,000 to Geisel Park owner Eddie Rigg.  She is a full-sister to Platoon who won the LR Roberts Quality and was placed in the G1 Railway Stakes last year.

Mares in foal to Playing God occupied the following two spots.  Mosstiara (Mossman) sold for $80,000 to Diamond Racing and Coventry to Rio (Oratorio) was knocked down to Trafalgar Racing for $70,000. 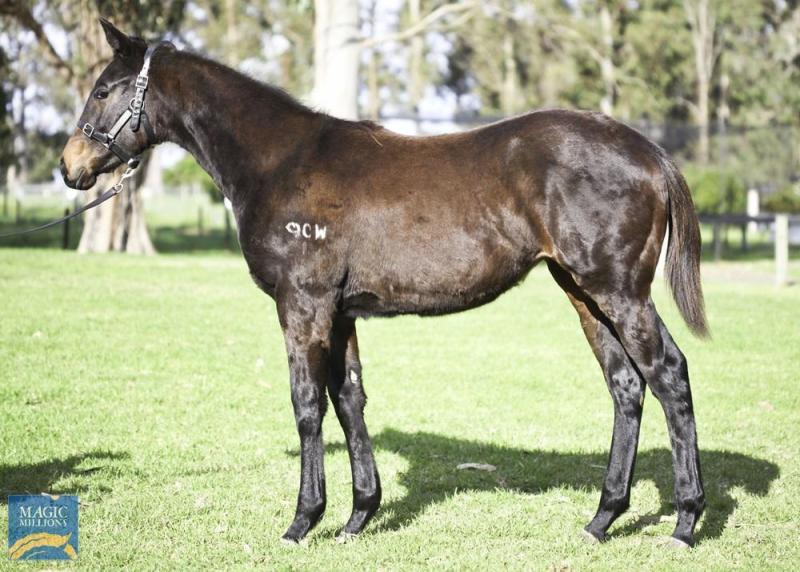