More Than Ready filly Jenni’s Rainbow is living proof there’s more than one story behind every stable door.

In her case it’s more like a revolving door.  What’s more, everyone involved is entitled to believe she’s stakes-bound off a breath-taking debut at Pakenham last week.

Jenni’s Rainbow was last on the fence approaching the furlong in the Welcome Sportsbet Maiden (1100m) but gave the leaders windburn when hooked wide to win pulling up by three lengths.  “She relaxed in the run and it was a fantastic way to start her career,” trainer David Brideoake said.  “She’s still a work in progress but is a strong individual with a good brain.

“The good fillies races are coming up and hopefully she stands up to them.”

Jenni’s Rainbow arrived at Brideoake’s Mornington stable via the Hunter and Barossa Valleys.  Conceived at Vinery Stud when More Than Ready covered her dam Three Rainbows (Kingmambo), she was born at Cornerstone Stud and was subsequently catalogued for the 2019 Inglis Premier Yearling Sale.

Cornerstone owner Sam Hayes purchased the mare carrying Jenni’s Rainbow for $120,000 at the 2017 Magic Millions National Sale.  He bought her in partnership with Malcolm and Sandra Hale who run Birubi Stud at Scott Creek in the Adelaide Hills.

“She developed into a lovely yearling and made $75,000 at Oaklands.  I rang David after the win and he was confident of a win but didn’t think she would accelerate like that!”

Three Rainbows is carrying a PPT to Spirit Of Boom and she has a date with Cornerstone shuttler Sir Prancealot (Tamayuz) this year.  His first southern yearlings sold to $80,000 earlier this year and they averaged $51,000 at Melbourne Premier.

“Three Rainbows was bred in Ireland by Coolmore Stud and there are Group winners going right back through her pedigree,” Hayes added.  “David has every right to be excited about Jenni’s Rainbow and hopefully she can add more black-type to the family.”

The Thousand Guineas Gr.1 at Caulfield is the spring goal for Jenni’s Rainbow.  Vinery partner Greg Perry bred Atlantic Jewel and Commanding Jewel to win the classic in 2011-12 and the TAB has Jenni’s Rainbow as short as $15 for this year’s edition on October 10. 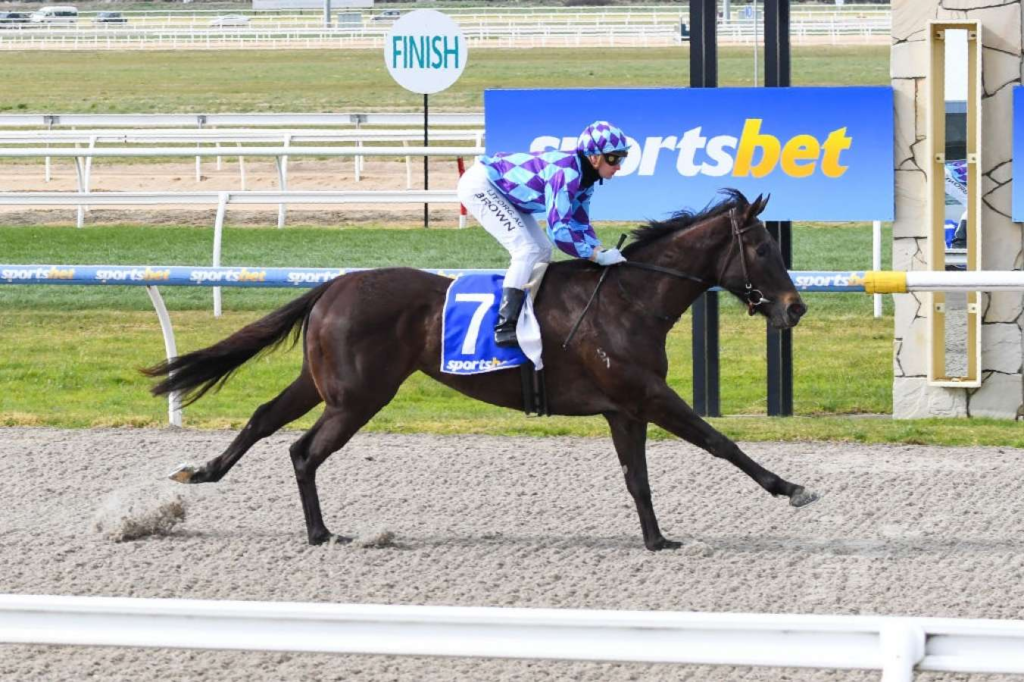